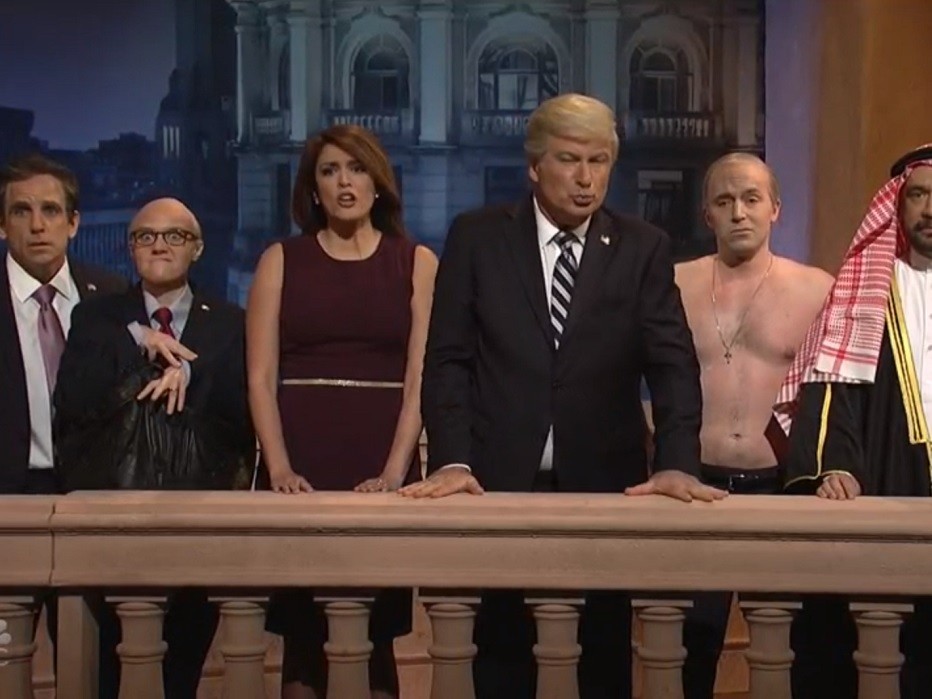 One reference was made to Baldwin’s arrest during the skit.

“God, I haven’t been this upset since I freaked out about that parking space,” Baldwin’s Trump said.

The open closed with a rendition of cast members singing Evita’s “Don’t Cry For Me Argentina.”