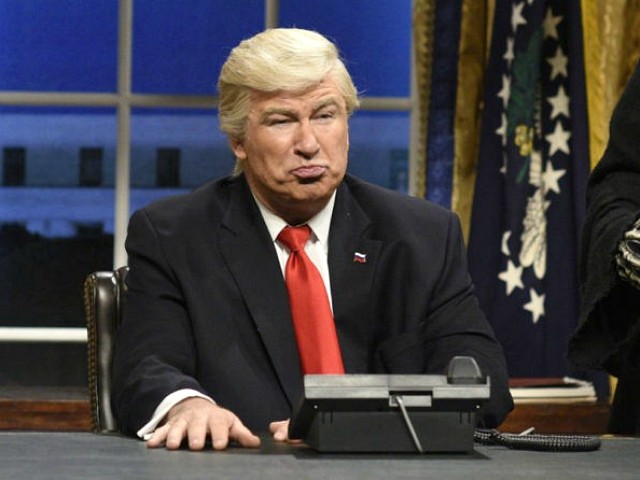 Actor Alec Baldwin said in a recent interview that black Americans love his impression of President Trump  on Saturday Night Live because “they’re most afraid of Trump.”

“Ever since I played Trump, black people love me. They love me. Everywhere I go, black people go crazy. I think it’s because they’re most afraid of Trump,” Alec Baldwin told the Hollywood Reporter.

“I’m not going to paint every African-American person with the same brush, but a significant number of them are sitting there going, ‘This is going to be bad for black folks,’” Baldwin also said.

In the same interview, Baldwin commented on the #MeToo movement, saying, “It’s not a witch hunt because a witch hunt indicates that there is very little truth, if none at all, and there is a lot of truth here. But what worries me is that this is a fire that needs constant kindling.”

Baldwin’s comments come as his Trump impression on SNL has given his career new life. Indeed, The Hunt for Red October star has long been a critic of Trump and a promoter of progressive values.

In April, Baldwin said the Trump administration is full of “pirates, whores and thieves.”

“It’s pirates, whores and thieves holding every type every of resumé in this administration. But it can’t go on forever,” Baldwin tweeted.

It’s pirates, whores and thieves holding every type every of resumé in this administration.
But it can’t go on forever.https://t.co/aOZgfDtoYu

In a June interview with Howard Stern on SiriusXM, the 30 Rock star said that he thinks he could run for president and win.

“If I ran, I would win. I would absolutely win. One thousand percent,” the 60-year-old actor said.