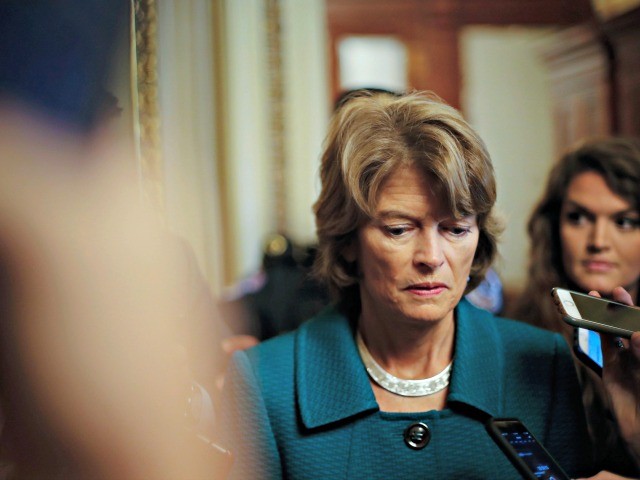 The party has asked Murkowski to provide any information she may want its state central committee to evaluate as it considers whether to reprimand the lawmaker. Party Chairman Tuckerman Babcock says the committee could decide to issue a statement condemning Murkowski or withdraw support from the senator. Futher, Babcock could encourage party officials to search for a replacement and request that she not seek re-election as a Republican.

This is a very significant vote. And the Alaska Republican Party will have a very significant response. However, it will not be the response of one man. As Chairman, while I have the authority under our Rules to speak on behalf of the Party, this issue is just too significant. How we respond as Republicans will be brought before the entire grassroots leadership of the Party: the State Central Committee. As representatives of 140,000 members of the Alaska Republican Party, we will consider what action to take. We will deliberate, and discuss and then vote on exactly what our response will be to her vote against confirming Brett Kavanaugh to the US Supreme Court.

After remaining undecided on whether Kavanaugh’s nomination should move forward, Murkowski rendered her decision Friday in dramatic fashion. As the clerk read the names in alphabetical order, all eyes were on Murkowski. Senators stood up in their chairs and voted, some of them loudly.

But when it came to Murkowski, she stood up, paused, and whispered “no,” her voice barely audible.

Then she took her seat, looking down with a stone-faced expression.

As the end of the vote neared, Maine Sen. Susan Collins, who sits next to Murkowski, leaned over and put her hand on the arm of Murkowski’s chair. The two huddled in deep conversation.

Collins and Murkowski are the only GOP senators who support abortion rights, a crucial issue in the debate over Kavanaugh’s nomination. If confirmed, Kavanaugh could tip the court’s balance toward conservatives for a generation. Collins said Kavanaugh assured her during a private meeting that Roe v. Wade, the ruling that established abortion rights, is settled law.

Murkowski’s decision brought a swift response from former Alaska Gov. Sarah Palin, who insinuated that she might mount a primary challenge against the senator if she opposes Kavanaugh.

Palin, who was GOP presidential candidate John McCain’s running mate in 2008, tweeted, “Hey @lisamurkowski — I can see 2022 from my house.” The tweet referenced an infamous Saturday Night Live skit in which Tina Fey, portraying Palin, said she could see Russia from her house. Murkowski is next up for re-election in 2022.

Murkowski acknowledged she agonized over her vote, telling reporters she didn’t make up her mind until she walked into the Senate chamber.

“This has truly been the most difficult evaluation of a decision that I’ve ever had to make, and I’ve made some interesting ones in my political career,” the Republican senator said.

Over the weekend, President Donald Trump told the Washington Post that Murkowski will “never recover” from voting against Kavanaugh. “I think the people from Alaska will never forgive her for what she did,” he said.