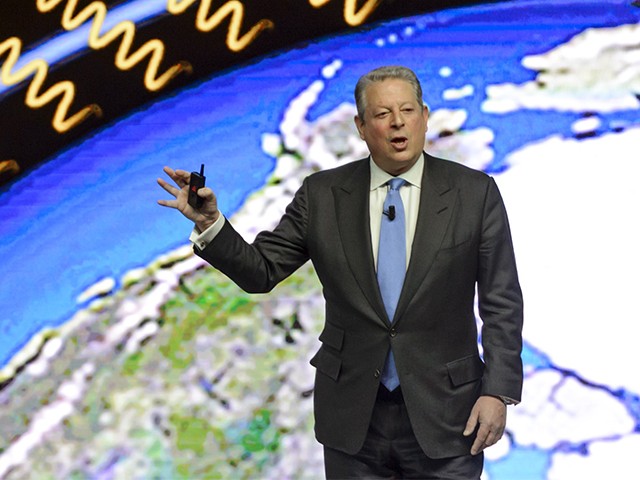 Gore, who has spent years raising awareness of global warming and advocating prevention strategies, said on Wednesday, “It may be a perverse step forward to have Donald J. Trump as the global face of climate denial because so much of what he says is nonsense.”
However, Gore told an audience on the sidelines of the United Nations climate summit in Katowice, Poland he thinks conservative Republicans “are beginning to really worry that they’re going to be associated with that.” Further, the former vice-president called out the Trump administration for joining Saudi Arabia last week in blocking the endorsement of a scientific report on the options governments have to prevent catastrophic climate change.

Of course, this is far from the first instance in which Gore has criticized President Trump’s stance on climate change. In a wide-ranging interview with PBS’s Judy Woodruff in October, Gore called the president’s deregulation proposals “literally insane.”

Earlier Wednesday, United Nations secretary-general Antonio Guterres issued an alarmist appeal for countries to compromise to tackle climate change for future generations. Guterres told ministers and senior diplomats from almost 200 countries that reaching agreement “means sacrifices, but it will benefit us all” and said failure in the talks “would compromise our last best chance to stop runaway climate change.”

“It would not only be immoral, it would be suicidal,” he added.