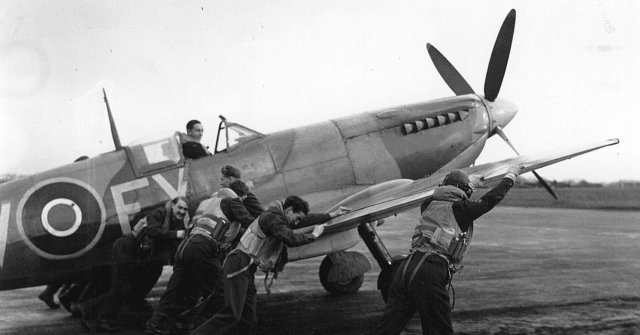 Britain’s Royal Air Force (RAF) is embracing gender-neutral pronouns such as  ‘Ze’, ‘Per’, and ‘Hir’ to become “fit for the 21st century.”

The 102-year-old air force told Forces.net that it “actively promotes diversity and inclusion throughout its ranks in a number of ways” and that the “open and transparent sharing of chosen pronouns is one way we can be an inclusive employer.”

Forces.net also reports that the RAF changing its regulations on hairstyles and headdress, allowing “Cornrows, twists and braids” and “Turbans of an approved pattern and colour and with a fitted cap badge” instead of traditional uniform.

“The RAF has revised its hair policy to maintain high standards of appearance whilst being inclusive of different hair types and cultures and to reflect the society it is charged to protect,” an RAF spokesman explained.

“This is one important step, of many, to deliver a fully inclusive next-generation Air Force fit for the 21st century.”

We are so proud of this 😊

“Total inclusivity is not negotiable. It is critical to team cohesion and operational success,” insisted the RAF Gender Neutral Network — although the flying service somehow managed to see off Hitler’s Luftwaffe in the 1940s without recourse to gender-neutral pronouns.

“All personnel are encouraged to ensure they address individuals in line with their chosen pronouns. The open and transparent sharing of chosen pronouns is encouraged for all workforce colleagues,” added the network, which was launched in July this year.

The Royal Air Force is not the only branch of Her Majesty’s Armed Forces to embrace “woke” ideology, however. The British Army has been particularly hard hit, with senior officers announcing spending of over £500,000 on a new Diversity and Inclusion Directorate earlier this year — and a time when there has been longstanding and continuous pressure on the Army’s budget, with the Government actually considering scrapping its tanks to make ends meet.

The Ministry of Defence has been led by Conservative Party politicians since 2010.