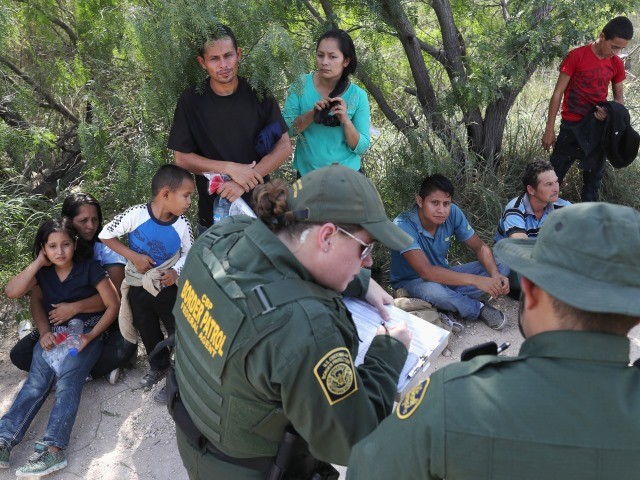 Border Patrol agents in the Rio Grande Valley Sector apprehended more than 2,000 migrants during a three-day period at a tiny area known for illegal border crossing. The groups consisted mainly of migrant families and unaccompanied children from Central America.

McAllen Station agents are being inundated with migrant families and unaccompanied minors illegally crossing the border from Mexico. Once across the border, the migrants turn themselves in to the first Border Patrol agents they can find, according to information provided to Breitbart Texas from Rio Grande Valley Sector Border Patrol officials.

During a three-day period, McAllen Station agents apprehended more than 2,000 migrants in an area along the border known as Rincon Village. The area has long been known as a staging area where Mexican cartels cross the migrants who will then surrender to Border Patrol agents.

“A majority of apprehensions are occurring near Granjeno, just south of Mission, in what’s become a staging area dubbed ‘Rincon Village,’ where illegal immigrants of all ages turn themselves in to agents. The area is well known and has become a gateway for human smuggling,” Chief Padilla explained.

Sector officials previously told Breitbart Texas that cartels exploit these families and the unaccompanied children in order to tie up Border Patrol agents. While the agents are occupied with processing the migrants, cartels will move other migrant groups who seek to avoid apprehension or drug shipments across other border regions.

There is no physical barrier in this segment of the U.S.-Mexico border.