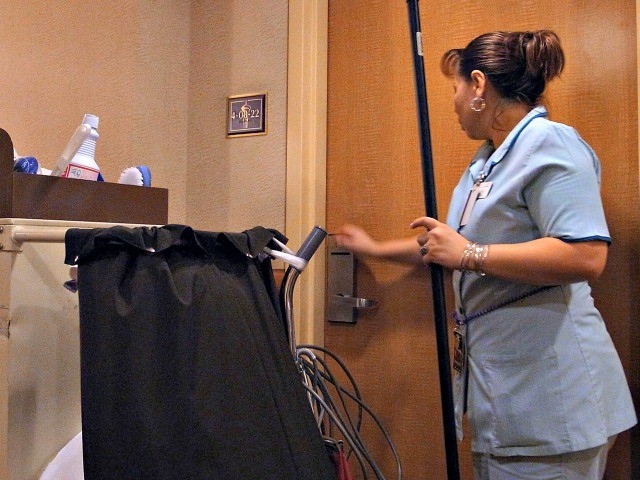 Attorney General Jeff Sessions’ Department of Justice (DOJ) has fined a housekeeping company after revealing that they gamed the H-2B visa program to import foreign workers instead of hiring qualified Americans.

The DOJ settlement with Palmetto Beach Hospitality LLC is the fourth settlement by Sessions’ Protecting U.S. Workers Initiative where companies across the United States have been fined and penalized for importing foreign workers when there were qualified, ready to work Americans for the job.

In the latest case of anti-American discrimination investigated by the Justice Department, Palmetto illegally ignored the applications of American workers who had applied for housekeeping positions.

Instead, Palmetto imported foreign workers to take the housekeeping jobs through the H-2B visa program, which allows businesses to import foreigners to take blue-collar jobs. Palmetto, according to the investigation, claimed that it could not find Americans to do the jobs, even though Americans had applied for the available positions.

Now, the DOJ is requiring Palmetto to pay $42,000 in civil penalties, as well as setting aside $35,000 in lost wages for the American workers who were passed over in favor of imported foreign workers.

“The Department of Justice will fight to ensure that U.S. workers are not denied jobs because an employer has a discriminatory preference for hiring temporary visa workers,” Acting Assistant Attorney General John Gore of the Civil Rights Division said in a statement.

Previously, Sessions penalized and fined a landscaping company in North Carolina for discriminating against Americans in their hiring practices, favoring foreign workers instead. A Colorado corporation, last year, was fined by Sessions‘ DOJ for importing foreign workers without trying to hire Americans first for farming jobs.