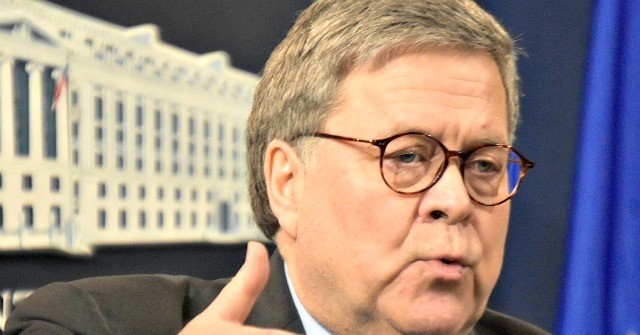 Attorney General William Barr told reporters on Monday at a press conference at the Department of Justice’s headquarters in Washington, DC, that Apple needs to help investigators gain access to the phones used by a Saudi soldier who killed three Americans at a Florida Naval base in December.

“This was an act of terrorism,” Barr said. “The evidence shows that the shooter was motivated by Jihadist ideology.”

At this stage of the investigation, Barr said, digital evidence is vital. He said:

It is very important to know with whom and about what the shooter was communicating before he died. We call on Apple and other technology companies to help us find a solution so that we can better protect the lives of Americans and prevent future attacks.

The FBI asked Apple to help gain access to the terrorist’s two phones after its agents were unable to access them.

This is not the first time the federal government has sought help from Apple to access a terrorist’s phone. Following the terrorist attack in San Bernardino, California, in 2015 that killed 14 Americans, the feds sued Apple to get access to the phones used in the attack.

In the end, the government gained access to the phones without the help of Apple, Breitbart News reported.

Barr announced that 21 Saudis who also were enrolled in a U.S. military program with the terrorist, who was killed in the attack, were removed from the U.S. by the Saudi government on Monday.

At the press conference, Barr said these kinds of digital challenges to investigators are on the rise.

“We’re seeing an increasing number of these cases,” Barr said, “and it’s becoming a grave problem.”

“We don’t want to get into a world where we have to spend months and even years exhausting efforts when lives are in the balance,” he said. “We should be able to get in once we have a warrant that establishes that criminal activity is probably underway.”

We reject the characterization that Apple has not provided substantive assistance in the Pensacola investigation.  Our responses to their many requests since the attack have been timely, thorough and are ongoing.

In addition to the FBI’s initial request the day of the shooting, Apple said it responded to six more legal requests for information between Dec. 7 and Dec. 14.

Apple said it received a subpoena regarding the second iPhone on Jan. 8, “which we responded to within hours.”