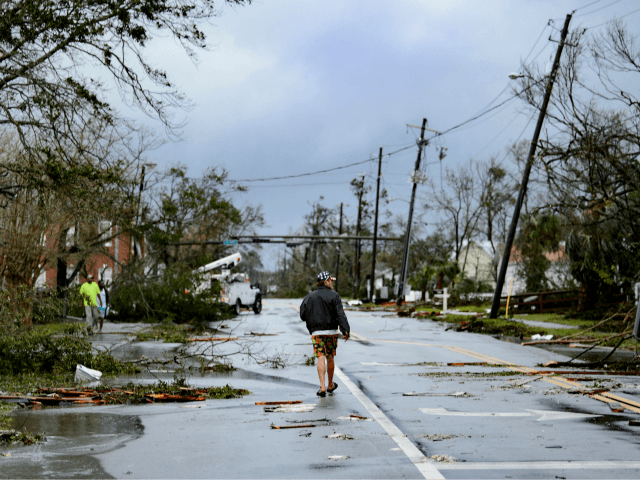 FEMA Administrator Brock Long said in a press briefing Thursday morning that Mexico Beach “ took the brunt” of the storm and the number of fatalities is presently unknown. “That’s probably ground zero,” Long said on the Panhandle town.

Federal rescue teams have begun searching for survivors and assessing the damage. “Today is a big day for us when it comes to helping people,” Long told reporters, adding “Power is not going to be on for a while.”

Surveilling Mexico Beach by helicopter, CNN’s Brooke Baldwin was rendered nearly speechless by Hurricane Michael’s aftermath. “I’ve never seen anything like this,” the stunned anchor said as she flew over the storm-wrecked area Thursday morning. “I have no words”

CNN’s @BrookeBCNN is in a helicopter flying over Mexico Beach, Florida, getting a look at one of the hardest hit areas from Hurricane Michael: “It’s gone… it’s obliterated… I’ve never seen anything like this… I have no words” https://t.co/sFUNF4n8aS pic.twitter.com/lPpgc0IsWw

Aerial view of the unbelievable destruction over Mexico Beach, Florida from #HurricaneMichael pic.twitter.com/QxMQHrajlb

.@skyjax1 is over #MexicoBeach following #Michael. This is hard to see. I spent some 4th of July’s here as a kid. 😔 @ActionNewsJax @WOKVNews #firstalertwx pic.twitter.com/ZXsHF2YEjS

Aerial views of Mexico Beach shows entire houses just tossed from their foundation or turned to rubble. Reminds me of Andrew pic.twitter.com/JKJFjyWnm5

Tyndall Air Force Base suffered extreme damage from Hurricane #Michael as it came ashore. Nearly every structure on base suffered roofing damage according to the base commander. #flwx #tropics pic.twitter.com/9WeXTwMSu4