The Anti-Defamation League (ADL), an organization that claims to have a non-partisan agenda against hatred and discrimination but is actually a partisan, far-left outfit that regularly smears conservatives, changed its definition of “racism” in 2020 to exclude white people.

The update borrows the language of critical race theory, suggesting that only “people of color” can be victims of racism, and that a system that prioritizes people who aren’t white is not racist. 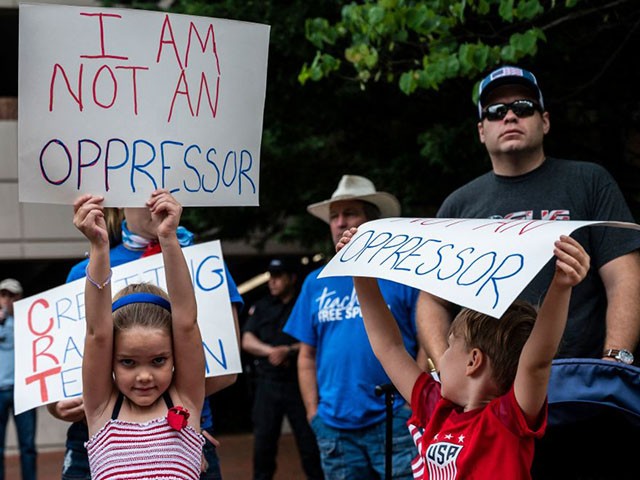 People hold up signs during a rally against “critical race theory” (CRT) being taught in schools at the Loudoun County Government center in Leesburg, Virginia on June 12, 2021. (Photo by ANDREW CABALLERO-REYNOLDS/AFP via Getty Images) 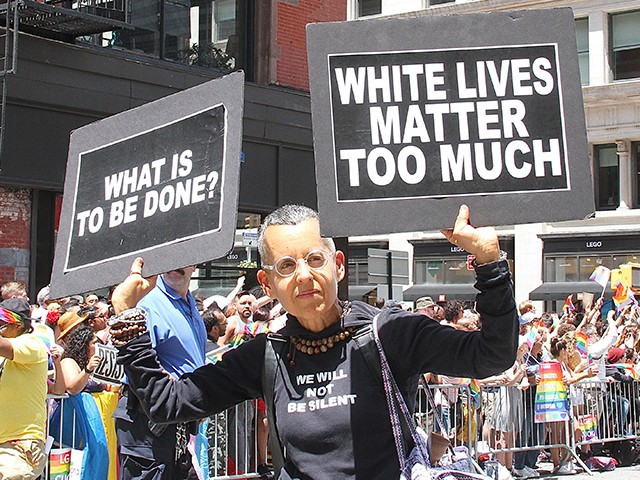 According to online archives, the change occurred sometime between June and September 2020. The change went relatively unnoticed at the time, but recently drew attention on social media.

On June 1, 2020, the ADL’s definition of racism was one that most Americans would agree with:

Racism is the belief that a particular race is superior or inferior to another, that a person’s social and moral traits are predetermined by his or her inborn biological characteristics. Racial separatism is the belief, most of the time based on racism, that different races should remain segregated and apart from one another.

But by September 2020, after a summer of violence and looting brought about by Black Lives Matter and Antifa, the old definition of racism was removed.

In its place came a much shorter definition, more in line with the dictates of far-left critical race theory, that defines racism as the oppression of “people of color” by white people.

The marginalization and/or oppression of people of color based on a socially constructed racial hierarchy that privileges white people.

The ADL’s previous definition would have (correctly, in the view of many Americans) defined far-left critical race theory as racist, because it suggests that “a person’s social and moral traits are predetermined” — that white people are, due to their inborn characteristics, privileged and oppressive.

The new definition adopts that very same argument, making the ADL racist by its own previous definition of the word.