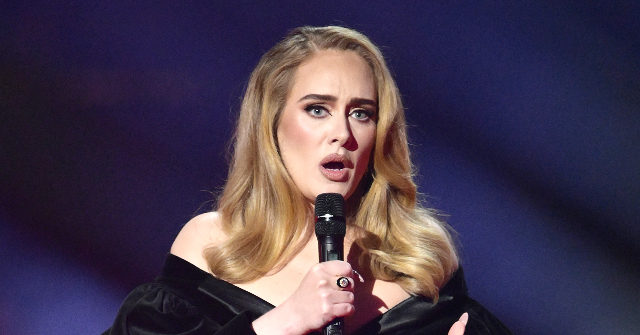 One can never be woke enough in the eyes of today’s woke mob. Pop singer-songwriter Adele learned this on Tuesday, when she found herself under attack and accused of transphobia after stating that she loves “being a woman.”

Adele made her pro-woman remark on stage during Tuesday’s Brit Awards as she collected her trophy for “Artist of the Year” — a newly created sex-neutral category that merges the old “Best Male” and “Best Female” awards. This was the first Brits Awards to do away with gendered categories.

“I understand why the name of this award has changed, but I really love being a woman and being a female artist. I do. I’m really proud of us, I really, really am,” the Grammy-winning singer said during the ceremony, in which women took home 10 of the night’s 15 awards.

#ADELE: “i really love being a woman and being a female artist” #Brits pic.twitter.com/w63u7DyCuo

Adele was swiftly attacked for her comments, and was labeled a “TERF,” a new woke term that stands for “trans-exclusionary radical feminist.”

“Please, no, ADELE can’t be a TERF,” one Twitter user proclaimed.

“Who’d have thought #Adele was a transphobe and would use her platform to call for the destruction of the trans community. Especially the confused teenagers,” another lamented.

“Adele is a TERF!” another declared. “She probably misgenders people all the time, laughs at enbys, and tells asexuals to shut up about not wanting to fuck anyone already!”

Not everyone, however, agreed with the outrage, and suggested that the negative comments were an attack on women.

“The best thing about the Adele situation is that it shows that all any woman has to do to be called a ‘terf’ is acknowledge her own sex,” one Twitter user pointed out. “It exposes how low the bar is & how high the cost is for a woman who speaks the truth without first considering if deranged men are OK with it.”

“The anger expressed by some today, because Adele says she loves being a female artist – is just rank misogyny,” another said. “The irony is, if she was a transwoman, they would be celebrating that statement from the hilltops. Woman is NOT a dirty word. Go Adele!”

“Please god I hope she doesn’t end up apologizing,” another Twitter user wrote.

Adele is not the only woman to fall under attack for acknowledging the existence of women.

Harry Potter author J.K. Rowling as been under attack, and even doxxed, by trans and left-wing activists — who have also labeled her a “TERF” — after she pointed out in 2020 the scientific fact that only women can menstruate.