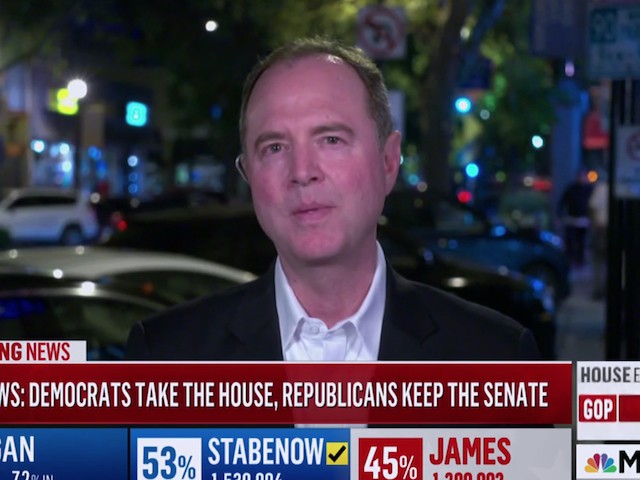 Tuesday night on MSNBC’s midterm election coverage, Rep. Adam Schiff (D-CA) said now that Democrats control the House of Representatives, President Donald Trump will not be able to tear down of the independence of the Justice Department.

Schiff said, “The chances that Bob Mueller will be able to finish his work improved for the reason that our committee and others, like the government reform committee and the judiciary committee, which under Republican leadership served as basically surrogates for the president in their efforts to batter down the Justice Department, to give the president a pretext to fire people at the Justice Department, all of that tearing down of the independence of these these intuitions, is going to end. Now that doesn’t mean that the president can’t still act in ways that are antithetical to the rule of law and the interest of justice, but it does mean we’re better able to protect our institutions and see this investigation, I hope, complete.”