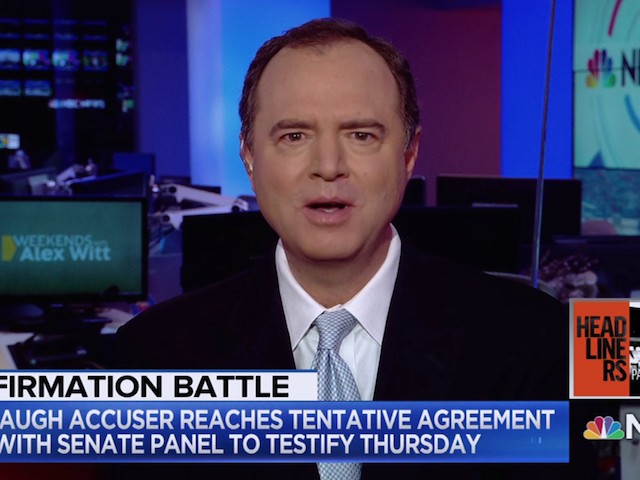 Schiff said, “What’s in my mind is there are serious allegations of Judge Kavanaugh committed attempted rape. Are we going to take those allegations seriously? Are we going to try and get to the bottom of this or are we simply going to blind ourselves and say we are okay having someone on the Supreme Court of the United States who committed attempted rape for life. That’s not okay for me. We should try top find out did this happen.”

He added, “Their goal is to try to push this through and try to avoid any further damage before the midterms. That’s really all they care about here. It is not about get the truth and it is not showing respect for this witness. It is about avoiding a perception that they’re simply not interested in whether Brett Kavanaugh committed attempted rape. There are more important things in their view and having this conservative majority in the Supreme Court is all that really matters.”