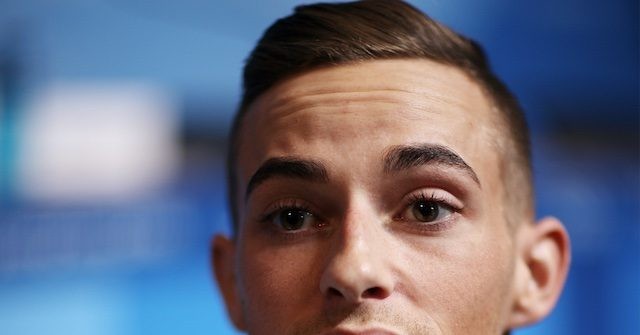 Former figure skater Adam Rippon, who won a bronze medal at the 2018 Winter Olympics, said Thursday on CNN’s “The Lead” that he hopes the world’s attention during the 2022 winter games pressures the Chinese government to address their human rights abuses.

Anchor Jake Tapper said, “Joining us is Adam Rippon, who’s in Beijing now coaching Olympic hopeful Mariah Bell good to see you, Adam, thanks for joining us. I do want to ask — the Chinese government has warned athletes about censorship laws they have in China. They don’t want any political comments during the games. Generally, have you heard from athletes that are concerned on limits of the speech?”

Rippon said, “I think, like every games, there’s going to be some sort of political talk. You can’t avoid it at an Olympics because you are on the world stage where everyone is watching. What I hope with the games is that, like, there’s so much attention brought to the issues about human rights that it does put pressure on the Chinese government to really address it. I know that, you know, when you think about it, you’re like, why should the games even — you know, why should you award the games to a country who has these things going on? But I think you just hope that the pressure is something they will address because it’s so much attention on it.”