Empire actress Taraji P. Henson said during a White House event that calling black women “strong” is dehumanizing, and “we need to dismantle that notion.”

“Don’t call me strong. It dehumanizes me,” the actress said.

“I think it’s a double whammy for black women, because we are looked upon as being so strong — we’ve driven that narrative for so long, because we needed that,” Henson said. “We’re the bottom of the totem pole, no respect, not protected.

“So we needed some kind of armor, but then we find ourselves in a pickle,” she continued. “We’re so strong, that that’s why why die in these emergency rooms, because that’s the idea: we can take it.”

Henson went on to say that tennis star “Serena Williams shared her traumatic story, and she’s, you know, a huge, everybody knows her. You would think the urgency to save her, right? But they see her as just this strong woman.” 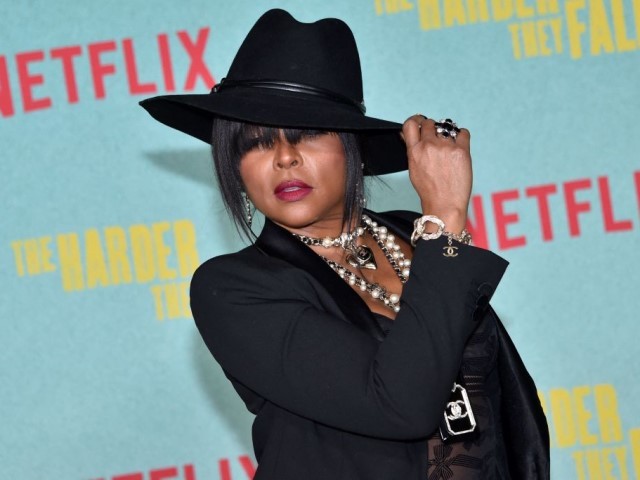 “And that’s another thing, here we are with this mental health piece, and we have to destigmatize that,” the Karate Kid actress said. “Don’t call me strong. It dehumanizes me. It makes me feel like my feelings don’t matter, [that] I don’t need to pause to take time for my mental, because I’m a strong, black woman.”

“So we need to dismantle that notion, because like I said, it makes us super-human in a way,” she added. “And allowing yourself to be in that space is taking care of your mental. If you’ve got the tools, if you have the professional help you need, you won’t stay in that space for long.”

In 2020, in the wake of the nationwide rots over the death of George Floyd, Henson was among the Hollywood celebrities who signed a letter pushing to defund all police departments.

A year earlier, the actress pleaded for then-presidential candidate Joe Biden to “save us” in 2020.

That same year, Henson and a few other of her Empire co-stars wrote a lengthy letter to Fox TV/Disney executives begging for their so-called “innocent” and “honest” fellow co-star — hate crime hoaxer Jussie Smollett — to be reinstated on the show.

In 2015, Henson apologized to police in the Southern California city of Glendale for accusing an officer of racially profiling her son, after police determined that her story was false.