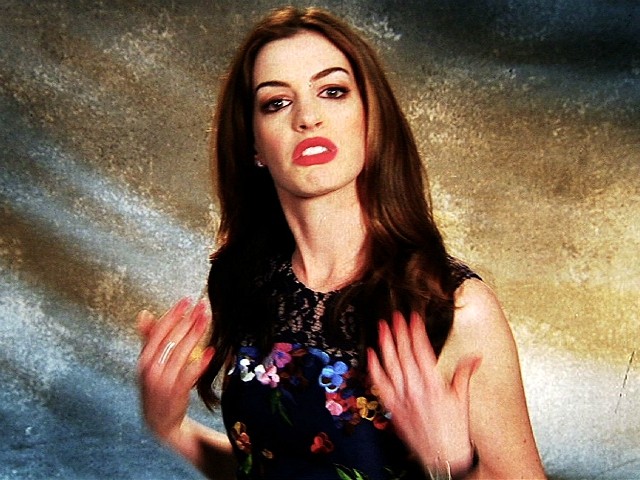 Actress Anne Hathaway said that it was time to destroy the “myth” of “whiteness” during a speech at the Human Rights Campaign annual dinner Saturday.

The New York Post reports that Anne Hathaway received the “National Equality Award” and during her speech said, “I think I’m probably walking around like most people right now. I’m pretty shell shocked by what I see every day, what I hear everyday. And I really don’t like to admit this, but I get scared.”

The Les Misérables star also ranted against “whiteness” and “straightness.”

Hathaway reportedly said that “with the exception of being a cisgender male, everything about how I was born has put me at the current center of a damaging and widely-accepted myth,” continuing, “that myth is that gayness orbits around straightness, transgender orbits around cisgender, and that all races orbit around whiteness.”

Finally, the 35-year-old actress said that together, they will “destroy” those myths.

“We are not going to just question this myth, we are going to destroy it,” the Oscar-winner said.

Hathaway, a longtime supporter of left-wing causes, recently claimed that all black people are fearing for their lives in the United States.

“White people- including me, including you- must take into the marrow of our privileged bones the truth that ALL black people fear for their lives DAILY in America and have done so for GENERATIONS.  White people DO NOT have equivalence for this fear of violence,” she wrote, following the death of Nia Wilson, a black woman who was stabbed in a San Francisco train station attack.

Last year, Hathaway also blasted Hollywood for not being a “place of equality.”