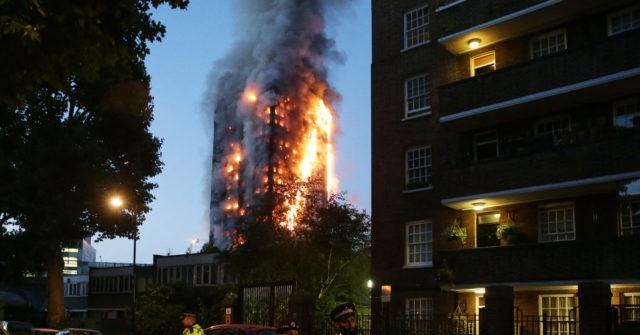 A Palestinian-born volunteer at the Grenfell Tower apartment building fire has been convicted of stirring up racial hatred after accusing Jewish people of instigating the blaze.

Tahra Ahmed, 51, a pro-Palestinian activist, called the tragedy that killed 72 Londoners a “Jewish sacrifice”, in a Facebook post just four days after the fatal fire, resulting in her being convicted by a jury at the Old Bailey of “inciting racial hatred” against Jewish people on two separate occasions on Facebook.

Ahmed, from Tottenham, claims she was a volunteer at the scene of the fire saying in the caption of a Facebook video of the blaze according to the BBC:  “I’ve been at the scene, at the protest and at the community meetings and have met many of the victims.”

The activist, who was a regular face at Grenfell protests, went on to remark: “Watch the footage of people trapped in the inferno with flames behind them. They were burnt alive in a Jewish sacrifice”.

Scotland Yard, the headquarters of the Metropolitan Police, found a second anti-Semitic post from Ahmed, which was included in her incitement conviction.

According to a report from The Times: “Jews have always been the ones behind ritual torture, crucifixion and murder of children, especially young boys, as a way of atoning for their sins in order to be allowed back into Palestine”.

Ahmed has maintained that the comments she made were not antisemitic, claiming they were merely political in nature. This excuse, however, did not convince the jury and she was convicted for inciting racial hatred and will be sentenced on the 11th of February 2022.

The activist did not appear to show any remorse for her comments in the courtroom and at one point during her trial attempted to justify her comments by suggesting that Jews were involved in human sacrifices.

“Jewish people — this is a particular group I call them the cabal, I call them Talmudic, I call them zionists. … There is the Talmud which says about sacrificing children”, she told the court.

On the 14th of June 2017, the Grenfell Tower apartment building in North Kensington, London caught fire after a malfunctioning fridge-freezer started the blaze. Due to the type of cladding used on the building, the fire quickly engulfed the tower block and it burnt for around 24 hours before fire crews were able to get it under control.

The death toll is believed to be at least 72, but due to the burnt nature of the remains, police initially struggled to give an exact number.

Breitbart News reported in 2017 that Ahmed had previously made other anti-Semitic comments online, including one post in which she wrote: “Hitler and the Germans were the victims of the Jewish conspiracy to destroy Germany”.

The aid worker has also referred to the Grenfell tragedy as a “holocaust”.

Ahmed’s conspiracy theory is seemingly based on her false belief Grenfell Tower was owned by Jewish people.

“Grenfell is owned by a private Jewish property developer just like the Twin Towers. I wonder how much Goldman [Goldman Sachs,] is standing to make in the world’s most expensive real estate location [Kensington],” she wrote at the time of the tragedy.

In addition, The Times reported that Ahmed has a history of promoting antisemitic conspiracies and was the “leading British proponent of the conspiracy theory that 9/11 was faked by Jews”.

The prosecution of Ahmed is an interesting development in hate crime prosecution in Britain. The Crown Prosecution Service opted not to prosecute the Chairman of the Islamic Human Rights Commission (IHRC), Nazim Ali after he made similar remarks at an anti-Israel rally in 2017.

“Let us not forget that some of the biggest corporations who were supporting the Conservative Party are Zionists. They are responsible for the murder of the people in Grenfell, in those towers in Grenfell, the Zionist supporters of the Tory Party,” the IHRC chairman said at the time.

Piers Corbyn, a prominent anti-lockdown campaigner – who has also been arrested on charges of antisemitism after he distributed leaflets likening the vaccine rollout to Auschwitz – attended a protest outside the Old Bailey in support of Ahmed.

Piers is the brother of the hard-left former leader of the Labour Party, Jeremy Corbyn. In November of 2019, Corbyn was condemned by Ephraim Mirvis, the Chief Rabbi of Britain, for allowing the “poison” of antisemitism to take root in the Labour Party under his leadership.