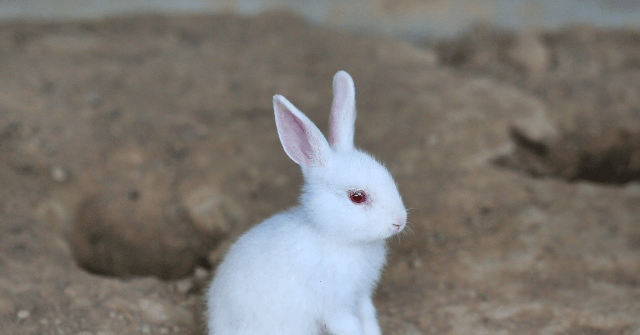 A vegan activist who “rescued” 16 rabbits has been accused of causing the deaths of almost 100 other bunnies in the process.

The woman, who goes by the name “Mythical Mia” online, reportedly conducted a rescue mission on a farm near Osono, Spain, on Sunday.

“Five rabbits, which were pregnant and about to give birth, were killed during the chaotic retrieval and several others were left with broken spines, the paper reports, citing an assessment from a local veterinarian,” the New York Post reported.

Reports said that many of the rabbits Mia took during the operation were pregnant or lactating at the time.

“Their offspring included an estimated 90 bunnies, which had to be euthanized after being abandoned,” Spanish news outlets said.

Video footage posted online appears to show the activist covered in blood while sitting inside a vehicle. During the video, she alleges that the farmers shot bullets through the window of the car as she made her getaway.

“I’m covered in blood. This is what the farmers have done,” she says in the video. “They shot through our window and chased us down the motorway. Oh my God, I’m literally covered in blood.”

Reports said the vegan activist wrote on her Instagram account that she had “rescued 16 lives.” However, reports said that several of the animals had just given birth, leaving many of the rabbit kits stranded.

The police came and told us to leave peacefully, which we did. After we left the farmers chased us down the motorway at [124mph] for an hour. We tried to lose them down a side road but they were on our tails. They blocked us into a dead end and surrounded the car with five other farmers’ cars.

We called the police, who arrived after an hour. They defused the situation and escorted us to a ‘safe place’. We asked them to escort us home but they refused and said we would be okay. They let us go and 10 minutes later back on the motorway one of their cars pulled up alongside us and shot at us.

The window exploded in my face and there was a lot of blood from all the glass. Despite everything, I am just happy that those 16 lives are free from harm. They make everything worth it.

Reports also said that some of the pregnant animals were forced to have abortions following the traumatic event.

However, Mia claimed the group of activists “did not leave any babies without their mothers as we only rescued young ones. We had a professional vet on site with us the whole time.”