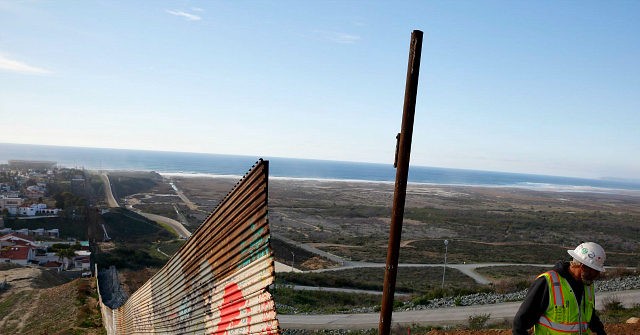 “These funds will be used to support DHS’s request to build 57 miles of 18-foot-high pedestrian fencing, constructing and improving roads, and installing lighting within the Yuma and El Paso Sectors of the border in support of the February 15 national emergency declaration on the southern border of the United States,” the Pentagon announced in a statement.

The Pentagon also noted that 10 U.S.C. § 284(b)(7) gives the Department of Defense the authority to construct roads and fences and to install lighting to block drug smuggling corridors across international boundaries of the United States in support of counter-narcotic activities of Federal law enforcement agencies.

The Pentagon also released a letter from Shanahan authorizing the funds in response to a DHS request for support.

The letter was addressed to DHS Secretary Kirstjen Nielsen and was in response to her request for support to secure the southern border by blocking up to 11 drug smuggling corridors along the border by constructing roads and fences and the installation of lighting.

“The Commander, U.S. Army Corps of Engineers, is authorized to coordinate directly with DHS/CBP and immediately begin planning and executing up to $1B in support to DHS/CBP by undertaking the projects identified above,” he wrote.

“Additional support may be available in the future, subject to the availability of funds and other factors,” he added.

The announcement comes a day before Shanahan is due to testify to the House Armed Services Committee on Tuesday. Members of the Committee in the past have been irritated with the Pentagon for not providing timely information on the Pentagon’s support for the border.

The request — although it does not appear to come out of any military construction funds — will likely give Democrats on the committee new fodder for attacks against the administration for using Pentagon funds to build the border wall.

DOD letter to DHS approving request for support and outlining that support: pic.twitter.com/r7SvF2V26F