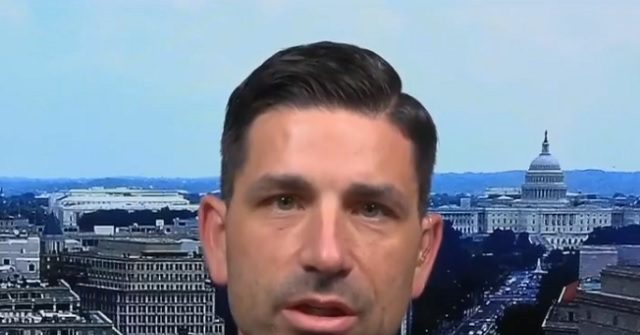 On Wednesday’s broadcast of the Fox News Channel’s “Special Report,” acting Homeland Security Secretary Chad Wolf stated that the outrage over the death of George Floyd is “legitimate” and it is “right” to push for reforms in the criminal justice system. He also said that violent protesters have been “infiltrating” peaceful protests and placed the blame for “moving these violent protests” on “groups like Antifa or anarchists in general.”

Wolf said, “Obviously, the American people are very outraged over the death of George Floyd. It’s legitimate. It’s right to be concerned and push for reform in that system. But I think we need to do that and make sure that we don’t do that in a violent way. And what we’ve seen at the department is we see a lot of these nonviolent protests. We see violent protesters taking part of that, infiltrating those nonviolent protests.”

He added, “During the day, what you see is coordination. You’ve seen phone calls, you see meetings, and then you see caches of weapons — homemade weapons mainly, being stashed around different metropolitan areas. So, at night, when these protests become more violent, those weapons are at hand. I think overall what we’ve seen, as far as taking place — sort of boots on the ground in these metropolitan areas are the groups like Antifa or anarchists in general. And those are the types of people that we see. That’s the intel that we’re getting back, primarily, moving these violent protests and these organizations in a certain way. Usually, it occurs after nightfall. So, during the day, we usually see the nonviolent protests occurring, and then, when it gets to the night, we see the more violent protests starting to happen, criminals starting to take place, organized — loosely organized during the day to achieve a specific goal.”

Wolf further stated, “I think what we’re seeing right now, it’s loosely organized within a metropolitan city. As it — is it being organized across the country in an organized way? I don’t think that we see that yet.”