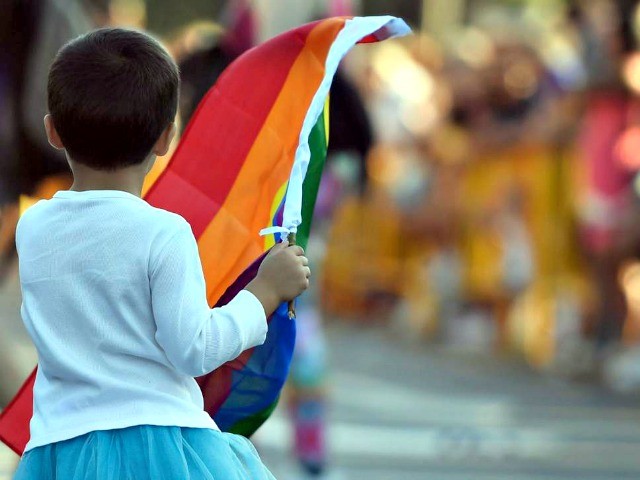 The ultra progressive American Academy of Pediatrics (AAP) issued new guidelines Monday urging parents to accept the preferred gender identity of their children regardless of their biological sex.

In a policy statement titled “Ensuring Comprehensive Care and Support for Transgender and Gender-Diverse Children and Adolescents,” the group counsels “gender-affirming” health care for minors who do not identify with their birth sex.

The AAP “strives to improve health care access and eliminate disparities for children and teenagers who identify as lesbian, gay, bisexual, transgender, or questioning (LGBTQ) of their sexual or gender identity,” the statement affirms.

Rather than help young people overcome psychological difficulties in accepting their sex, the AAP takes the radical line of encouraging doctors and parents to cater to the children’s perceptions of their own sexuality, even to the point of advocating gender reassignment surgery—despite its risks and spotty record of success and spectacular failures.

In some cases, the group recommends “surgical intervention,” along with gonadotrophin-releasing hormones to delay puberty and prevent the development of certain sex characteristics, such as breasts and a deeper voice.

“For some people, gender identity can be fluid, shifting in different contexts,” they state, and therefore “transgender identities and diverse gender expressions do not constitute a mental disorder.”

AAP plays into the ideologically driven belief that “variations in gender identity and expression are normal aspects of human diversity, and binary definitions of gender do not always reflect emerging gender identities,” which has no basis in scientific research.

The group also roundly condemns “conversion” or “reparative” treatment models that have been shown in many cases to be effective in helping people adjust their gender identity or sexual orientation.

The AAP guidelines run in direct contrast with reports issued by the rival American College of Pediatricians (ACP), a national organization of pediatricians and other healthcare professionals, which asserts that popular approaches to transgender such as those proposed by AAP are founded upon “unscientific gender ideology,” which lacks any basis in real evidence.

The ACP physicians have argued that the assumption that gender dysphoria (GD)—a psychological condition in which people experience a marked incongruence between their experienced gender and their biological sex—is innate contradicts all relevant data and is based on ideology rather than science.

Studies have shown, the authors contend, that the “perspective of an ‘innate gender identity’ arising from prenatally ‘feminized’ or ‘masculinized’ brains trapped in the wrong body is in fact an ideological belief that has no basis in rigorous science.”

“GD is a problem that resides in the mind not in the body. Children with GD do not have a disordered body—even though they feel as if they do,” the doctors noted in a 2016 position paper. “Likewise, although many men with GD express the belief that they are a ‘feminine essence’ trapped in a male body, this belief has no scientific basis.”

Studies have shown that gender dysphoria among children is radically reduced when they are not encouraged to impersonate the opposite sex, the authors noted, which is the opposite approached advised by Monday’s new guidelines.

Encouraging gender fluidity and identity experimentation among children is one of the primary causes of gender dysphoria, the ACP physicians asserted.

The ACP’s membership includes such luminaries as Dr. Paul McHugh, who was the director of the Department of Psychiatry and Behavioral Science at the Johns Hopkins University for 27 years, during which time Johns Hopkins was the pioneer hospital in transgender studies.