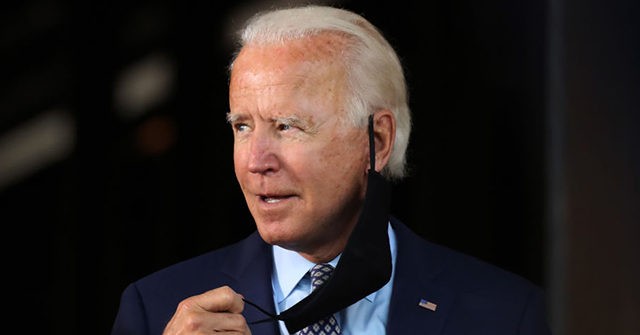 NARAL Pro-Choice America announced its endorsement of Joe Biden this week for president of the United States.

This November, “we have the opportunity to elect Vice President Joe Biden, a deeply compassionate and thoughtful leader who knows that fighting for reproductive freedom for every body is part and parcel of a just society,” said Ilyse Hogue, president of NARAL Pro-Choice America, formerly the North American Abortion Rights League.

“Joe Biden has outlined his commitment to protecting and expanding reproductive freedom by vowing to work to safeguard Roe v. Wade, only appoint judges who will respect Roe, support the repeal of the racist and discriminatory Hyde Amendment, and use executive action to protect and expand access to abortion and contraception,” reads a statement by NARAL.

In its statement, NARAL declared that, if elected, Biden has promised to reverse “Trump’s rules gutting reproductive freedom” such as the Mexico City Policy, which prevents taxpayer funds from supporting abortion internationally.

The group accuses President Donald Trump of working tirelessly to undermine abortion rights and “pushing policies to roll back abortion access and stacking the federal judiciary with judges who will carry out their political agenda for years to come — including Justices Brett Kavanaugh and Neil Gorsuch.”

“The stakes are high — but NARAL Pro-Choice America was made for this moment,” the statement declares. “We know that abortion is front and center in 2020: Support for abortion rights is at an all-time high and polling confirms reproductive freedom is a major issue for Democratic and Independent voters.”

As Breitbart News reported Wednesday, not only has Biden himself adopted a stalwartly pro-abortion position, so have all the candidates on his short list for running mate, a situation that is sure to hurt him among Catholic voters.

Biden, who self-identifies as a Catholic, holds a position diametrically opposed to that of his Church, which teaches that, as the murder of an unborn child, abortion is a horrific evil.