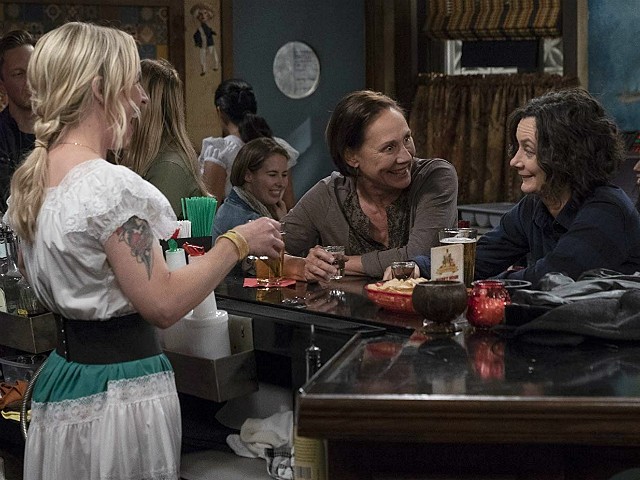 TVLine reported Thursday that the network has begun preliminary negotiations with regular cast members John Goodman, Sara Gilbert, Lecy Goranson, and Laurie Metcalf. In October, the spinoff’s debut netted 10.6 million viewers and a demo rating of 2.4, slightly below the rebooted Roseanne’s debut draw of 10.6 million with a 2.5 demo. The Conners, ranked ABC’s number 1 comedy, currently enjoys a 1.6 demo. The program’s first 11-episode season will start back up January 8 with the finale scheduled for a January 22 broadcast.

ABC would did not respond when TVLine sought comment from the network.

The Conners star Michael Fishman has said that while dealing with the cancellation of the Roseanne reboot has been heartbreaking, the return of the cast in the revamped show without Roseanne Barr as a gift.

Barr was fired from Roseanne after tweeting a racially-charged remark about top Obama White House official Valerie Jarrett. The comedian wrote on Twitter in May: “Muslim brotherhood & planet of the apes had a baby=vj.” She was swiftly dismissed shortly thereafter and the wildly popular show was canceled.

Fishman plays Roseanne’s son DJ on the show, and had been a regular character on Roseanne since he was a boy. He has described moving on without Barr in the spinoff as “odd.”

“We had such a close relationship and we think about her all the time. But, at the same time, we know as a group that we kind of collectively have taken the decision to carry the legacy, and so it’s important for us to do it right,” said Fishman.