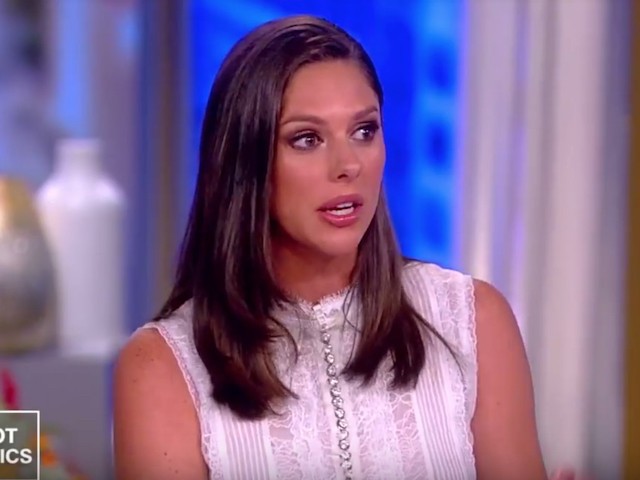 In the first segment, Huntsman said, “The timing was certainly off, right? Because you have people that are fighting for their lives … in Florida and Georgia and other parts of this country. And also the stock market was plunging. So it just —it didn’t feel right.”

After a commercial break, Huntsman continued, “Why wasn’t the White House thinking more broadly about it. It was a spectacle for them. It was interesting, the optics, you had the president behind the desk, which he never is when he has a guest in the Oval Office.”

Co-host Sunny Hostin said, “It felt like they were using him.”

Huntsman agreed, “That’s what was sad to me. If they knew that this could get out of hand, which it did, why not protect him and protect yourself and say let’s do this differently? Let’s do this behind closed doors.”

Guest host Yvette Nicole Brown said, “I also felt like when he left that there was laughter at his condition. This is a man that has mocked Dr. Ford, a disabled reporter. Everyone has a name — Kanye now has a nickname. I know he has a nickname.  It’s something that he calls them with his buddies, with Jared and Ivanka, and they had a little laugh at his expense because that is what he does. I feel like that’s our shame because no one’s helping. I don’t know if he’s open to help, but I just feel like this is a public cry for help, and he’s not getting any help.”