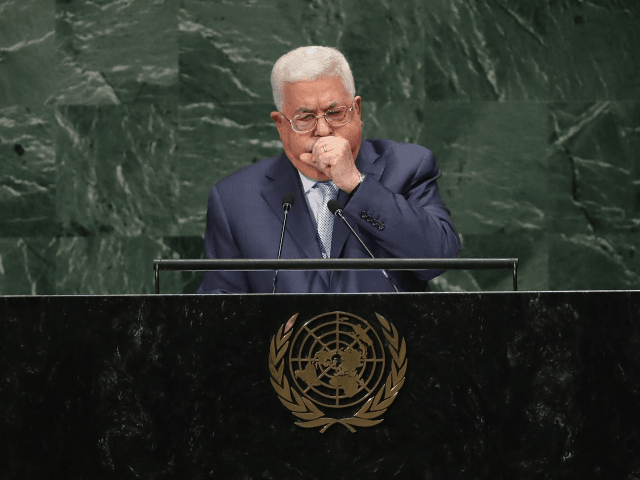 TEL AVIV – In a rare move, Palestinian Authority President Mahmoud Abbas’s ruling Fatah party said Sunday that it will stand behind its rival Hamas in opposing a U.S.-drafted resolution condemning the terror group at the United Nations General Assembly.

The U.S. has sought the backing of European allies in the vote and all 28 EU countries have expressed their support.

However, Fatah spokesman Osama Qawassmeh, who is also a member of Fatah’s Revolutionary Council, called the motion “hostile” and rejected the designation of Hamas as a terror group.

“We will fight to defeat this resolution despite Hamas’s effort to undermine the legitimacy of the Palestinian Authority,” he said. “We will stand against all hostile efforts to condemn Hamas at the United Nations.”

Instead of condemning Hamas, Qawassmeh said, the world should condemn Israel, “which is the true face of state-sponsored terrorism.”

Another senior Fatah official, Abbas Zaki, slammed the U.S. resolution as constituting “racism par excellence” that is harmful to the Palestinian people as a whole.

“If Hamas, which is practicing resistance, is labeled a terrorist movement, this would mean that all Palestinians practice terrorism,” Zaki told the Palestine Today website according to a translation by the Jerusalem Post. “Hamas belongs to us and we belong to Hamas. We can’t leave Hamas to fight alone.”

Hamas praised Fatah for its support, saying it was “natural that all Palestinian factions stand against the U.S. move at the UN General Assembly.”

Sami Abu Zuhri said that if resolution passed it would “criminalize the struggle of the Palestinian people.”