Green Bay Packers quarterback Aaron Rodgers beat Tom Brady, the man who betrayed Donald Trump and his supporters at the White House last year, in the AP All-Pro voting for quarterback, and it wasn’t close.

The AP All-Pro vote has been long-regarded as the best indicator of who will win the AP NFL Most Valuable Player award and, if that holds true, it looks like Rodgers will win it going away. 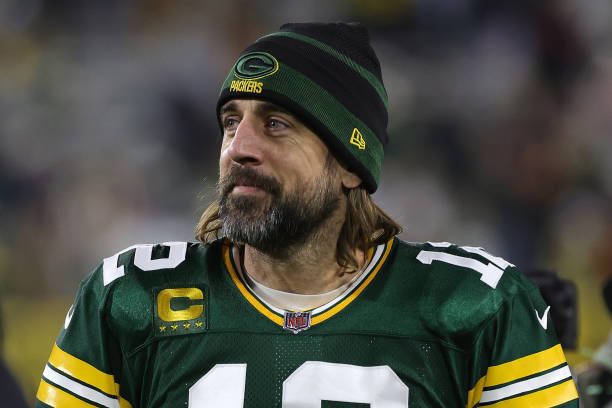 Of course, the MVP award doesn’t have to go to a quarterback. However, no player from other positions has gained traction among voters.

Rodgers has made waves both on the field and off this season. The future first-ballot Hall of Famer triggered many on the left when he claimed to be “immunized” against the coronavirus. Then, ultimately, it was learned that he was not vaccinated. Instead of being remorseful over the incident, Rodgers sought the advice of liberal coronavirus boogeyman Joe Rogan, who also angered the left after curing himself of the virus using a variety of treatments liberals disapprove of.

Rodgers followed the treatment advice Rogan suggested and ultimately cured himself, which seemed to anger liberals even more. Since then, Rodgers has openly challenged the leftist orthodoxy on the virus. For example, in late December, Rodgers said that  “If science can’t be questioned, it’s not science anymore; it’s propaganda…That’s the truth.”

Even more recently, Rodgers sent the left into hysterics during an interview on ESPN’s Manning Cast with Peyton and Eli Manning, when he pointed out that he has Ayn Rand’s classic Atlas Shrugged on his bookshelf.

Aaron Rodgers points out his copy of Atlas Shrugged by Ayn Rand to Eli and Peyton Manning during Monday Night Football. pic.twitter.com/2qSOcSSb3m

As for the football field, Rodgers has dominated there as well. Behind a patchwork offensive line and a receiving corps that has been depleted at various times by Covid or injuries or both, Rodgers has thrown for 4,115 yards, 37 touchdowns, and four interceptions.

And Rodgers did this, all on the way to leading his team to the #1 spot in the NFC playoffs. So yeah, Tom Brady can take a back seat to Rodgers this year.