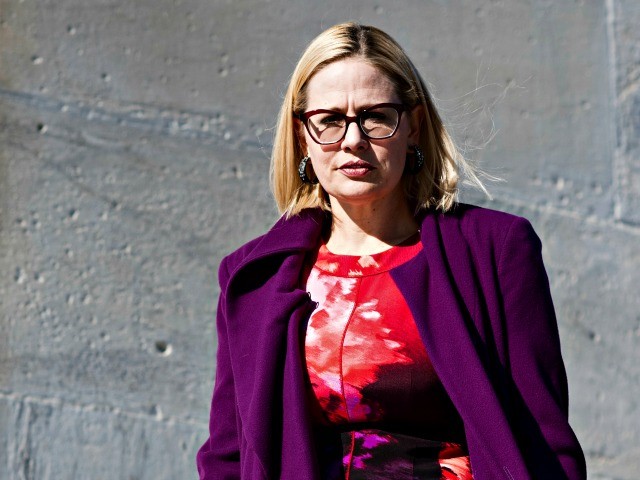 1.)  “Crazy.” That’s what Sinema called Arizonans and Republicans at a 2011 Texas event counseling others on how to avoid becoming like Arizona.

2.)  “Leeching off their husbands or boyfriends.” That’s what Sinema said of stay-at-home moms in a 2006 interview with 944 magazine.

3.)  “Neanderthals.” That’s what Sinema called Republicans in that same 944 magazine interview. Later she met with criticism over the remarks, and tried to explain them away as said sarcastically.

5.)  “Famous in a Lindsay Lohan kind of way.” Sinema said, slamming Arizonans in what has been identified as a 2011 speech. “All around the world people know what’s happening in Arizona, and not in a good way,” she said. “We kind of like, in a Lindsay Lohan kind of famous way, not good.” Lohan spent time in rehab for substance abuse and time in jail for drunk driving, cocaine possession, and theft between 2007 and 2011.

6.) Dramatic cringing came across Sinema’s face as she shrugged about running for elected office in Arizona. “But I got elected,” she added.

7.) Joining terrorist organization the Taliban is “fine,” according to Sinema who said so in a 2003 radio interview. The show’s green party activist host posed the instance of an American wanting to go join the Taliban. “Fine. I don’t care if you go and do that, go ahead,” Sinema responded. Two months later, in comments to the  the Arizona Republic, she urged feelings of compassion for enemy combatants who have been killed in Iraq.