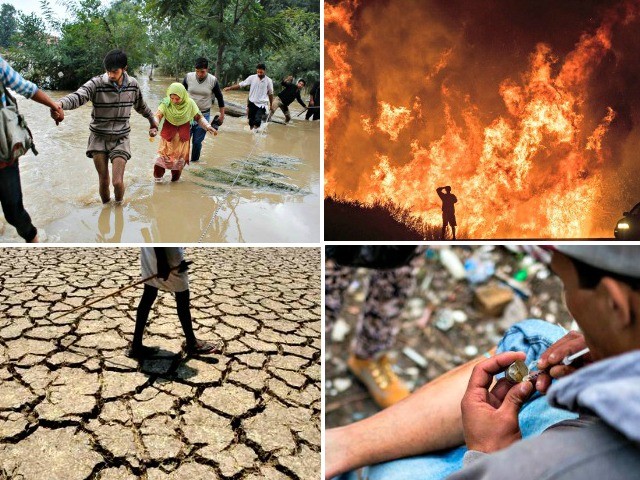 Bjorn Lomborg is an environmentalist who believes in Climate Change. But he is not an alarmist. Because of that, he is one of the few worth taking seriously.

And while I’m sure he would prefer to spend more time convincing skeptics like myself that Climate Change is real, because of all the climate hysteria out there, most of his time is spent debunking myths, fake news, and bad science.

After the release the government’s latest climate assessment report last week, and as we have come to expect, almost all of the establishment media used it to fire hose us with fake news. In response, Lomborg published a must-read piece at the New York Post debunking the misleading coverage.

Here are the 7 ways the media misled you about the report:

Actually, the assessment, and science, tell a different story. “Drought statistics over the entire contiguous US have declined,” the report finds, reminding us that “the Dust Bowl era of the 1930s remains the benchmark drought and extreme heat event.”

Actually, the UN’s climate scenarios envision US GDP per capita will more than triple by the end of this century, so this ten percent reduction would come from an economy 300 percent larger than it is today.

It assumes that temperatures will increase about 14 degrees Fahrenheit by the end of the century [2100]. This is unlikely. The US climate assessment itself estimates that, with no significant climate action, American temperatures will increase by between 5 and 8.7 degrees. Using the high estimate of 8.7 degrees, the [GDP] damage would be only half as big, at 5 percent.

And keep in mind that five percent is coming out of a 300 percent increase.

The 8.7-degree warming estimate is unrealistically pessimistic. This stems from an extreme high-emission scenario that expects almost the entire world to revert to using massive amounts of coal: a five-fold increase from today.

Additionally, the only way that 8.7 degree prediction comes true is if the world burns more fossil fuel than is “plausibly available for use, according to one study.”

This assumes that even if temperatures were to increase by 14 degrees, people would die in masses, ignoring the fact that people have been shown to adjust over time to temperature changes. Then, too, over the 80 years until 2100, people can make many additional changes that reduce this risk, from getting air conditioners to changing how they build structures.

Humans are extraordinarily capable of adapting to their environments, and technology has only made this easier and ridiculously affordable. There is simply no reason these people have to die.

Moreover, in the unlikely event the world’s temperature increases by 14 degrees, this would mean that cold and frigid areas would become more tolerable for human habitation. Even better, these areas could become more conducive for farming and food production.

The Paris Agreement target of 3.6 degrees [cooler] would cost some $134 trillion, much more than the associated climate benefits. Such prescriptions for climate change are worse than the disease.