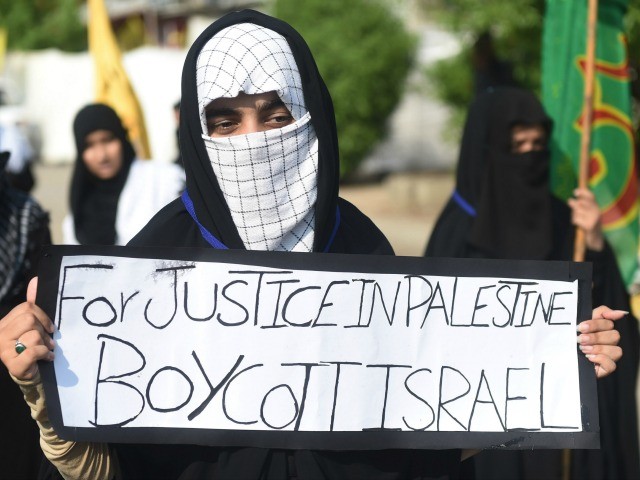 Six of the seven Democratic Party presidential candidates in the U.S. Senate voted against a pro-Israel bill this week that would make it easier for states to oppose the “boycott, divestment, sanctions” (BDS) movement.

Some critics have called BDS not only anti-Israel, but antisemitic, because it targets only Israel and not the Palestinians, and because it singles out Israel while ignoring human rights abuses committed by its neighbors.

As Ron Kampeas of the Jewish Telegraphic Agency noted (via the Jerusalem Post):

The Strengthening America’s Security in the Middle East Act (S.1), which the American Israel Public Affairs Committee said “contains critical pro-Israel provisions,” passed 77-23, earning yeas from every Republican but one, Rand Paul of Kentucky. It codifies $38 billion in defense assistance to Israel and provides legal cover to states that target the boycott Israel movement.

However, Democrats were split on the bill. Initially, Senate Minority Leader Chuck Schumer (D-NY) even blocked the bill from coming to a vote, blaming the government shutdown at the time.

Democrats were almost evenly split on the final vote. As Kampeas notes, Sen. Amy Klobucher (D-MN), who is expected to announce her candidacy for president this weekend, was the only contender to vote for the bill.

The others — Kamala Harris (D-CA), Cory Booker (D-NJ), Elizabeth Warren (D-MA), Bernie Sanders (I-VT), Kirsten Gillibrand (D-NY), and Sherrod Brown (D-OH) — all voted against the bill. Most cited free speech concerns — though anti-BDS laws have been found not to violate free speech laws. Last month, for example, a federal judge in Arkansas upheld that state’s anti-BDS law, which prevents the state from doing business with companies that boycott Israel. Even left-wing California, Harris’s home state, has an anti-BDS law in force.

A likelier reason for their “no” vote has to do with the increasing importance of anti-Israel political forces in the Democratic Party coalition.

Last month, Speaker of the House Nancy Pelosi (D-CA) appointed the avowedly anti-Israel Rep. Ilhan Omar (D-MN) to the House Foreign Affairs Committee, despite concern over her radical views and past antisemitic rhetoric.

Booker, once a favorite of Jewish donors in the Democratic Party, has effectively switched sides on the issue after supporting President Barack Obama’s ill-fated Iran nuclear deal in 2015.