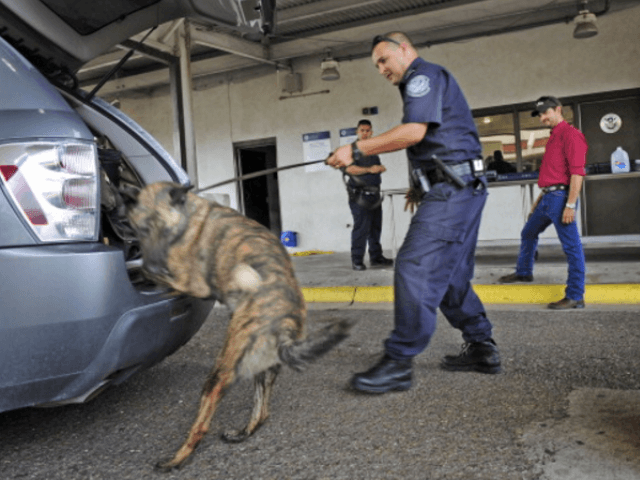 U.S. Customs and Border Patrol officers working the Calexico, California, port of entry seized more than $2 million worth of methamphetamine and fentanyl. The interdiction occurred on Thursday after the officers searched an SUV crossing from Mexico.

CBP officers at the Calexico Port of Entry observed a 2006 Mitsubishi Outlander approaching from Mexico for entry into the United States, according to information obtained from CBP officials. Officers referred the driver to a secondary inspection area after discovering anomalies in the SUV.

An X-ray imaging system detected multiple anomalies throughout the vehicle’s doors, dashboard, and quarter panels, officials stated. A CBP K-9 confirmed the officers’ suspicions by alerting to an odor it is trained to detect. The K-9 alerted to the doors and rear bumper of the Outlander.

The smugglers hid the 565 pounds of drugs throughout the vehicle including floor compartments, the gas tank, seats, and spare tire, officials stated.

CBP officials estimated the value of the contraband to be more than $2 million.

The officers arrested the 55-year-old driver. Officials did not disclose the nationality or citizenship of the driver.

After placing the suspected drug smuggler under arrest, officers seized the drugs and the Mitsubishi Outlander. They turned the case over to ICE Homeland Security Investigations for further investigation and preparation of charges related to drug smuggling.