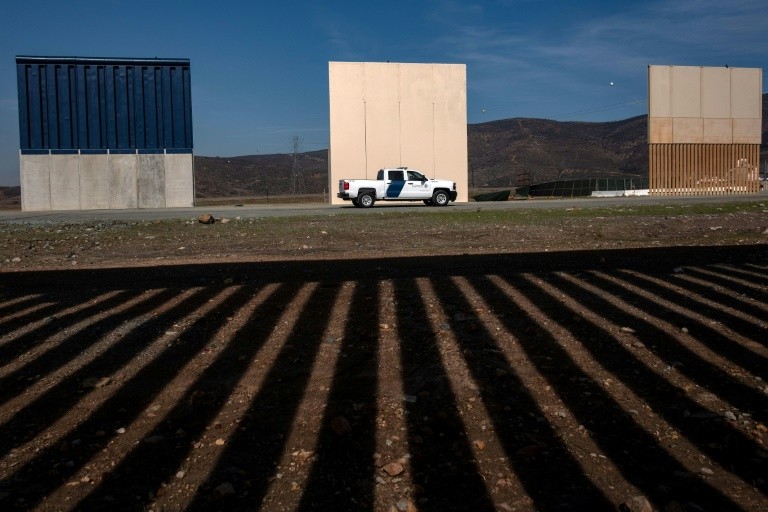 Five Republican Senators reintroduced the WALL Act Tuesday, a bill to fully fund a wall along the U.S. southern border.

“We need to build the wall,” said Inhofe. “Over the past two weeks, Democrats have refused to secure our border from drugs, human trafficking, and crime all because they are determined to oppose any policy of President Trump—even policies they have supported in the past.”

“The primary responsibility of the federal government is the defense of our nation, which includes strong border security,” said Sen. Rounds. The WALL Act “pays for the wall by closing existing loopholes that allow illegal immigrants to receive federal benefits and increasing fines for illegal border crossings and visa overstays,” he added. “By funding the wall through increased fines, we prevent any risk of dipping into Department of Defense (DoD) funding, which is already stretched thin.”

Sen. Kennedy said the taxpayers will save $33 billion. “If you want to receive food stamps and other benefits, then you should prove your citizenship,” said Kennedy. “If you cross the border illegally or overstay your visit to this country, then you should pay a stiff penalty.”

“This isn’t just about illegal immigration, and it isn’t just about stopping dangerous gang members from coming into our country. It’s also about stopping the flow of drugs coming across our border, killing Americans in communities across the country,” said Sen. Cassidy. “It’s time we uphold our responsibility to secure the border and protect Americans. It’s a national security priority, it’s a health priority, it should be an American priority.”

The release stated that the WALL Act would provide $25 billion in funding for President Donald Trump’s plan for a wall along the southern border. It identified specific ways this money would be obtained, “Require a work-authorized Social Security Number (SSN) to claim refundable tax credits, like the Earned Income Tax Credit (EITC) or the Child Tax Credit.”

The bill is built to compliment the Asylum Abuse Reduction Act. The release noted that Inhofe introduced this complimentary legislation in August 2018 to target “immigration loopholes to improve the integrity of the asylum process.”