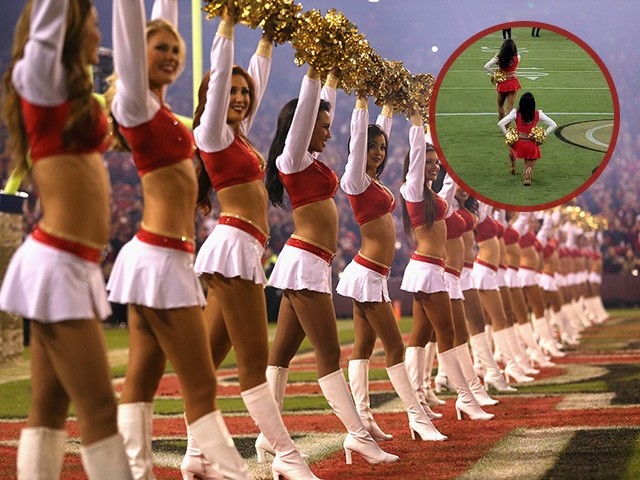 A San Francisco 49ers cheerleader took a knee during the playing of the national anthem on Thursday night, in what appears to be the first protest by an NFL cheerleader.

The apparent protest took place at Levi Stadium in San Francisco, just before the 49ers took on the Oakland Raiders

According to ABC, “At this time, it remains unclear which cheerleader knelt while the rest of the squad stood in formation.”

The NFL anthem protest movement began in the preseason of 2016, when then-49ers quarterback Colin Kaepernick first sat, then knelt during the playing of the national anthem. After the 2016 season, Kaepernick walked away from his contract with San Francisco. Kaepernick was not re-signed by another club and remains unemployed by the league. In October of 2017, the former 49er filed a collusion grievance against the NFL. Alleging that the league’s owners conspired to keep him off a roster due to his anthem protests.