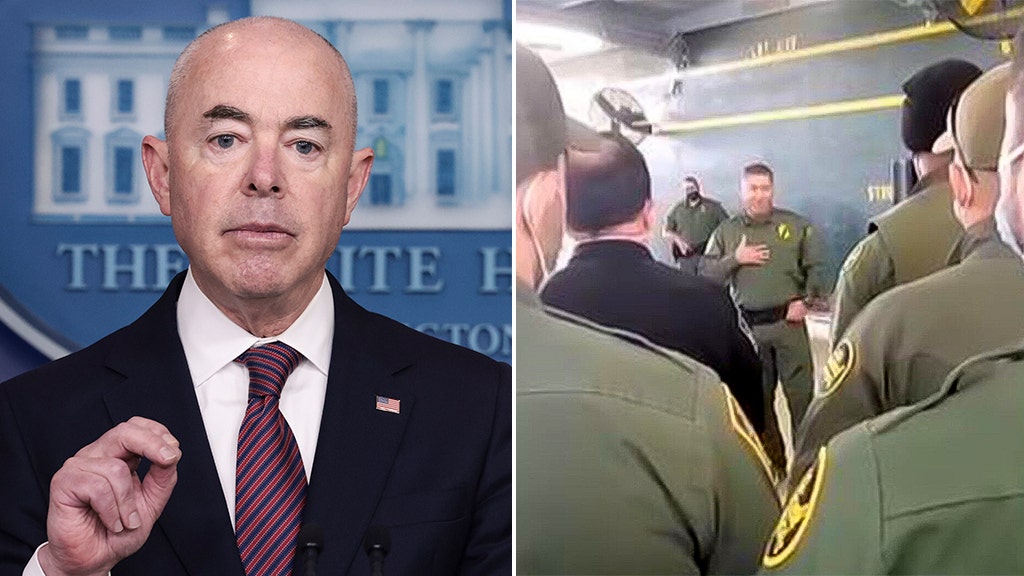 FIRST ON FOX: Dozens of House Republicans are calling on Homeland Security Secretary Alejandro Mayorkas to resign, citing a “complete failure” to lead the department – pointing to recent tensions with Border Patrol and the relentless crisis at the southern border.

“In light of recent reports displaying your failure to execute the primary mission of the Department of Homeland Security (DHS) to secure our nation from its many threats through your inability and refusal to enforce the immigration laws, we call on you to resign as Secretary of Homeland Security,” the letter, led by Rep. Kevin Hern, R-Okla, and signed by 45 other House Republicans reads.

The Biden administration has been hit by a surge in migrants at the border which saw approximately 1.7 million migrant encounters in FY 2021 — and the surge looks set to continue in 2022, with more than 178,000 encounters in December and Border Patrol warning of continued increases in numbers.

That has led to tensions with Border Patrol agents, who have been critical of leadership and have had tense back-and-forths with Mayorkas. In January, Townhall obtained audio of Mayorkas’ remarks to agents in the Yuma sector, in which an agent reportedly turned his back on the secretary after accusing him of not allowing them to do their jobs.

Another agent reportedly pressed Mayorkas on how agents are unable to patrol the border due to the policies of the Biden administration, while another reportedly said that Yuma was better under President Donald Trump as “everyone was doing their jobs.”

“The job has not gotten any easier over the last few months, and it was very, very difficult throughout 2021,” Mayorkas told the agents, according to Townhall. “I know apprehending families and kids is not what you signed up to do. And now we got a composition that is changing even more with Cubans, Venezuelans, Nicaraguans, and the like, it just gets more difficult,” ha said.

“I know the policies of this administration are not particularly popular with U.S. Customs and Border Protection, but that’s the reality, and let’s see what we can do within that framework,” Mayorkas added.

As for the agent who turned his back on him, Mayorkas reportedly told them, “You can turn your back on me, but I won’t turn my back on you.”

A DHS spokesperson told Fox News Digital that Mayorkas had invited frank discussion, that the point of his trip was to hear from agents unfiltered and that had a number of constructive discussions already on the three-day trip to the area.

“Secretary Mayorkas’s priority for this trip is to meet directly with the workforce to hear about their experiences and address their needs,” a spokesperson said in a statement.

“Border Patrol Agents are dedicated to their mission, and demonstrate tremendous bravery and life-saving skills in the performance of their duties. Secretary Mayorkas welcomes candor during these conversations, and appreciates and respects the opinions of each member of the CBP workforce,” they said.

The Republican lawmakers accuse Mayorkas of having “admitted to making Border Patrol agents’ jobs more difficult, yet do nothing to ameliorate that problem.”

“Instead, you make it exponentially harder for agents to do their job by implementing Biden administration directives that go against their Congressionally-mandated responsibilities,” they write.

The Biden administration has put the border crisis down to a combination of Trump-era policies that shut down legal asylum pathways, and “root causes” in Central America like poverty, violence, climate change and corruption. Republicans have instead blamed the rollback of policies like border wall construction and the Migrant Protection Protocols (MPP), as well as reduced interior enforcement for the crisis.

Additionally, they point to reports of secret migrant flights into the interior, as well as the use of civilian immigration warrants as ID to board airplanes.

“These many incidents are alarming on their own; together, they depict a complete failure to lead the Department,” the lawmakers say.