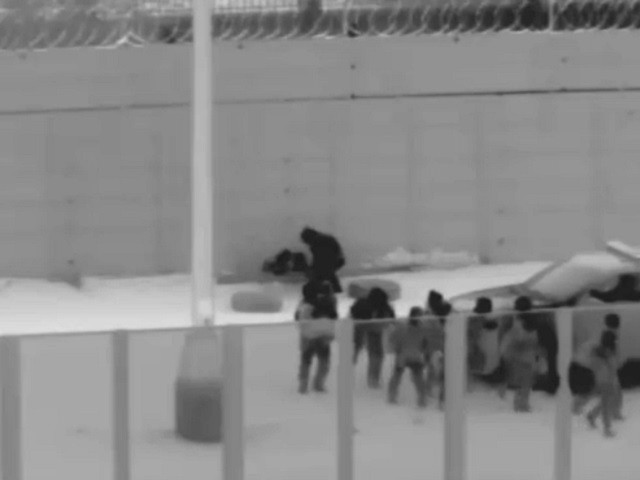 Yuma Sector Border Patrol agents apprehended 450 migrants, mostly from Central America, who illegally crossed the border on Tuesday and Wednesday. The migrants exploited weaknesses in older technology to cross over and burrow under the existing barrier.

During a two-day period beginning on November 6, agents assigned to the Yuma Station apprehended large groups of migrants who illegally crossed the border east of the San Luis Port of Entry. The nearly 45o migrants who mostly travelled to the U.S. from Central America ranged in age from two-years-old to 48, according to information provided to Breitbart News by Yuma Sector Border Patrol officials.

A Yuma Station camera operator observed a large group of 82 illegal aliens crossing from Mexico into the U.S. by climbing over the legacy “landing mat border wall” east of the San Luis Port of Entry, officials stated. The operator dispatched agents to respond to the area. When they arrived, the group surrendered to the agents. During an immigration interview, the agents learned the migrants were mostly family units from Guatemala (79) and El Salvador (3) ranging in age from two to 48-years-old.

A few hours later, operators detected another large group of migrants (83) digging a small hole under the barrier in the same area. Video surveillance provided to Breitbart News by Yuma Sector officials shows the group coming through the hole and a Border Patrol vehicle quickly arriving on scene to take the migrants into custody. The second group also consisted mostly of family units from Guatemalans (69) and El Salvador (14). They ranged in age from two to 40-years-old, officials reported.

Border Patrol officials reported that by the end of the day on Wednesday, agents apprehended 449 illegal aliens. The vast majority of these migrants came to the U.S. as family units from Central America.

“Yuma Sector continues to see increasing numbers of aliens crossing illegally into its area of
responsibility from countries other than Mexico where they are able to exploit the outdated
infrastructure,” Yuma Sector officials said in a written statement.