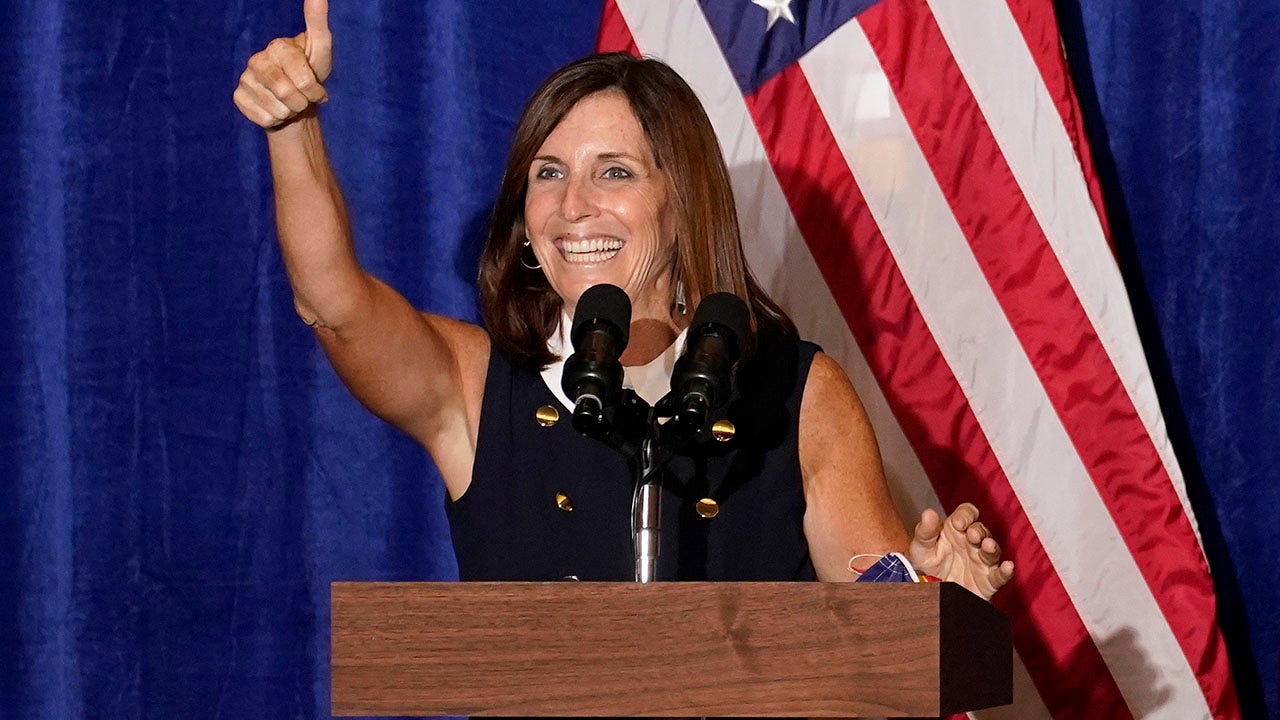 Three former astronauts have endorsed Sen. Martha McSally, R-Ariz., ahead of the special election against Democratic nominee and astronaut Mark Kelly on Nov. 3.

“As former fighter pilots and test pilots, we know what it takes to get in the cockpit of a fighter jet for a test flight or combat: incredible determination, strength and grit,” former astronauts Tom Stafford, Charlie Duke and Jack Lousma wrote in an op-ed published Thursday in The Arizona Republic. “That’s why we support Sen. Martha McSally. As the first woman in U.S. history to fly a fighter jet in combat and command a fighter squadron, she broke barriers in the Air Force and the military.”

The three men noted that despite the Air Force previously not allowing women to fly in combat, McSally “stood up, fought for change and made strides for generations of women to follow her” rather than following the status quo. The senator was the first female fighter pilot to fly in combat.

The trio also touted her record in Congress, including being ranked one of the most bipartisan senators last year and tied for the most bills passed into law.

“Just this year, she introduced legislation to lower the cost of prescription drugs, started the National Veterans Treatment Courts to help improve the lives of veterans, and she helped write the legislation that gave families and small businesses help to get through the novel coronavirus,” the three men wrote. “Whether it’s helping secure funds for Fort Huachuca, leading on the Drought Contingency Plan, or getting Congress to pass land exchanges that give local control back to Arizona, Martha springs into action when her constituents reach out to her with a problem.”

“As astronauts and veterans, we honor the service of every single American who has served their country alongside us. But having ‘astronaut’ on your resume does not mean you’d be a good U.S. senator,” the former astronauts argued. “Mark Kelly is hoping Arizonans are so impressed with his background that they ignore the fact that he’s supported radical gun control activists, that his plan for the eventual government takeover of health care would end Medicare as we know it, and that he’d vote to raise our taxes.”

They also blasted Kelly for not being forthcoming on his stances regarding what they describe as the Democratic Party’s “more extreme” policy stances, including defunding the police, ICE abolishment, the Green New Deal and government-controlled health care.

“On some of the more extreme policies of the Democrat Party, Mark has tried to stay quiet,” the group added. “We can only think of one reason: He doesn’t want to answer for his liberal political views and policies and those of his party.”

The three men called on Kelly to answer for the policies of his party, saying that Democrats are planning to take away the filibuster to “push through their agenda over the objections of hundreds of millions of Americans.”

“This is not hypothetical,” they wrote. “Democrats laid out their strategy in plain sight.”

Stafford, Duke and Lousma concluded the opinion piece by reiterating that the differences between the two candidates couldn’t be more clear.

“McSally has delivered for Arizona, while Mark Kelly embraces Democrat ideology that would be bad for our country – leaving us with less freedoms, less security and less control of our lives,” they said. “We know McSally is the fighter Arizona and our country need for this defining moment for future generations. The choice for November is clear, and that’s why we are supporting Sen. Martha McSally.”

If Kelly wins, he could be seated in the Senate as early as Nov. 30, six weeks before the other winners are sworn in. Some Democrats are hopeful he could potentially be the deciding vote to stop the confirmation of Supreme Court nominee Amy Coney Barrett.

Kelly leads McSally by six points in an aggregate of polls from RealClearPolitics.