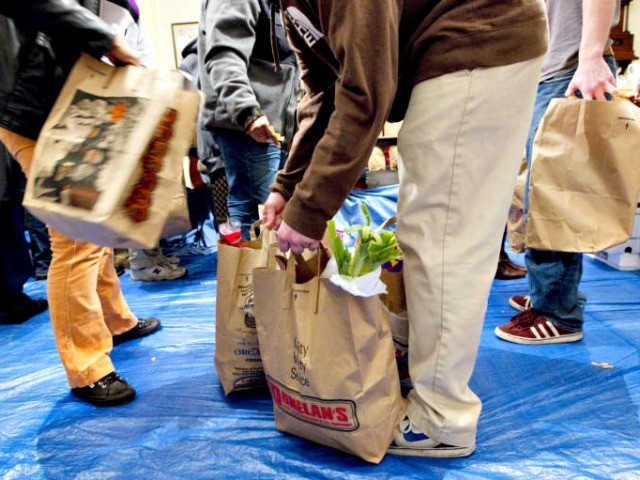 More than 3.5 million people have dropped off food stamps since President Donald Trump’s first full month in office, according to the latest data from the U.S. Department of Agriculture (USDA).

The most recent USDA data reveals that 38,577,141 Americans received benefits through the Supplemental Nutrition Assistance Program (SNAP)—otherwise known as the federal government program responsible for giving out food stamps—in September 2018.

When Trump took office in February 2017, 42,134,301 Americans had been receiving SNAP benefits, according to the data.

The most up-to-date numbers also show enrollment in food stamps has declined for 11 straight months.

Using the latest data from the USDA, here is the month-by-month breakdown of how many people canceled their SNAP benefits in fiscal year (FY) 2018:

The consistent decline in enrollment over the past 11 months is on pace with the steady decline in SNAP participation since 2013, and the decline seems to be continuing during President Trump’s tenure in office.

But there are several reasons why the decline in food stamp participation has been continuing under Trump.

The enrollment drop can mainly be attributed to the Trump USDA’s efforts to reform SNAP and other welfare programs, as well as an improving economy, but there are also other less concrete reasons why food stamp participation is on the downswing.

A recent study showed that food stamp usage among people who recently immigrated to the United States in the past five years dropped by 10 percent.

The November study from Children’s HealthWatch noted that the drop in enrollment among recent legal immigrants occurred mainly because of a yet-to-be implemented Trump administration policy which would keep recent immigrants from gaining permanent residency in the U.S. if they used food stamps or other forms of welfare.