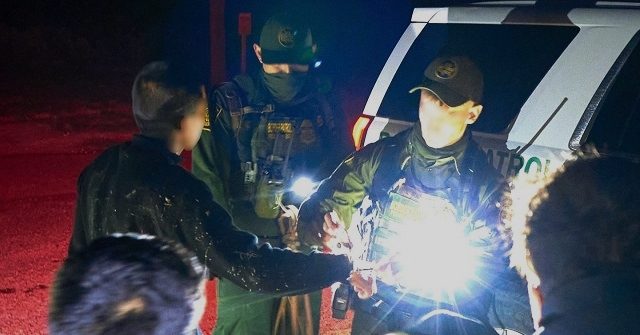 Del Rio Sector Border Patrol agents apprehended more than 2,000 migrants during a 48-hour period in what is becoming the nation’s busiest sector.

2,000+ migrants in 48hrs
Life in DRT, the men & women holding the line & dealing w/ this influx deserve nothing less than the full support of a grateful nation. It’s an INCREDIBLY tough & frustrating situation for them.
Yet, they NEVER waver in their duty. That’s my Green Family. pic.twitter.com/tCADghvnkJ

“Life in DRT, the men & women holding the line & dealing w/ this influx deserve nothing less than the full support of a grateful nation,” Chief Owens tweeted. “It’s an INCREDIBLY tough & frustrating situation for them.”

The tweet from Chief Owens follows just days after he reported Del Rio Sector agents apprehended more than 720 migrants per day over the first weekend in February.

Apps went down slightly this weekend (cold weather), but as you can see, our agents were BUSY pic.twitter.com/vWDoX6edUW

The massive increase in migrant apprehensions in the last five weeks moved the Del Rio Sector to the busiest of the nine southwest Border Patrol sectors, according to a source operating under the umbrella of U.S. Customs and Border Protection. Chief Owens stated some stations within the sector are experiencing increases of 350 percent over the same period in 2021, Breitbart Texas reported.

During a recent border tour, Breitbart Texas captured exclusive video of a steady flow of mostly Venezuelan migrants crossing at a single crossing point in Eagle Pass, Texas. Within about two hours, approximately 50 migrants crossed at this one location.