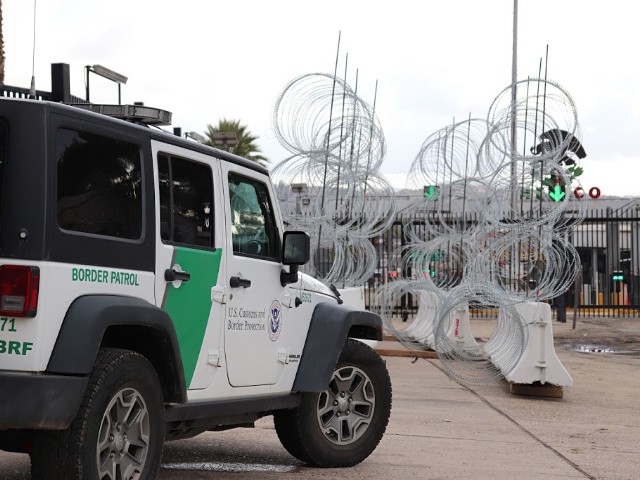 As the debate about the construction of a wall and other border security issues, here are 29 facts that you need to know. The topics came up during the most recent episode of “Coffee with Scott Adams.” Brandon Darby, the Managing Editor for Breitbart’s Border and Cartel Chronicles, sat down with the famed creator of the Dilbert comics to discuss the intricacies of border security.

Scott Adams talks with Brandon Darby about the border situation, and I tell you my progress on climate. With coffee. https://t.co/cufXEZXpBW

1) No one is proposing a wall between all of Mexico and the U.S.—the U.S. southern border is approximately 2,000 miles. The discussion is about 1,000 miles of physical barriers in regions that are heavily controlled by drug cartels.

2) The Texas border is about 1,200 miles of the approximately 2,000 miles of the total southern border. Most of that border is the Rio Grande, a river which varies in intensity with respect to currents.

3) Mexico has numerous states under the direct influence of drug cartels that have standing armies with access to RPGs, armored vehicles, artillery, and explosives. Most of Mexico has military forces patrolling streets to deal with cartel paramilitary forces.

4) The most violent drug cartels operate south of the Texas border. Factions of Los Zetas and the Gulf Cartel routinely allow their violence to spill over to the average person.

5) The border city of Tijuana has some of the highest murder statistics in all of Mexico. Despite record-setting figures, most of the victims tend to be tied to drug trafficking.

6) Border cities south of Texas like Reynosa, Tamaulipas, have much lower murder rates than Tijuana. Despite the difference, average citizens are often touched by cartels including shootouts, kidnappings, and other violent activities.

7) Most of the efforts by drug cartels to control migration happens South of the Texas border. Criminal organizations like the Reynosa faction of the Gulf Cartel profit more from human smuggling than drug trafficking.

8) The majority of tunnels are found on the Arizona and California borders. The tunnels are generally discovered in areas where there are population centers on both sides of the border and a wall or fence is already in place. Few have been found in Texas, where there is a river.

9) Most tunnels are discovered thanks to informants; law enforcement technology has rarely been successful in locating border tunnels.

10) Most of the border does not have a drug tunnel problem. They are typically found in Douglas and Nogales, Arizona, as well as Mexicali, San Diego/San Isidro, California.

11) Cartels spend a lot of money building a tunnel–only to be discovered shortly after.

12) Claims by Democrats about the low crime rates in El Paso are an example of walls working. In areas with considerable border barriers such as El Paso, the regional criminal groups turn more professional and shy away from illegal immigration to traffic harder drugs through ports of entry.

13) The presence of physical barriers in cities like El Paso has led to fewer people coming over the border to commit petty crimes or bring loads of drugs on their backs. The criminal organizations in the area shifted toward corrupting U.S. Customs and Border Protection officials to smuggle harder drugs.

14) A partially secured border is more deadly than an open or well-secured one. Previous administrations put barriers south of most cities in Arizona and California to funnel illicit traffic into areas that were easier to manage or too desolate to cross. This led to a spike in deaths since the desire of people to reach the U.S. pushes them to more remote and dangerous areas.

15) Human smuggling and illegal immigration will continue to be a problem until economic opportunities improve in Mexico and in Central America.

16) Mexican transnational criminal groups and their leaders have grown beyond the size and power of the American mafia from Prohibition Era and Al Capone. Cartels are integrated into the Mexican political culture and bureaucracy. Legalization would not stop them.

17) The decriminalization of marijuana and the production of higher quality plants in the U.S. versus Mexico had a series of unspoken consequences. After marijuana from Mexico was not able to compete with U.S.-grown plants, some cartels shifted their model more toward human smuggling–becoming a factor in the 2014 migrant crisis and the current one at the U.S. border.

18) After marijuana decriminalization in the U.S., cartels shifted to increase their cultivation of poppies and the production of black tar heroin. In order to compete with the Asian product, cartels use fentanyl–playing a role in the current opioid overdose epidemic.

19) The U.S. State Department influences how hard authorities crack down on cartels. U.S. agencies have been told to “measure their law enforcement priorities with the State Department’s diplomatic concerns.”

20) A cartel’s power in Mexico comes not from kingpins, but from politicians, financiers, lawyers, and money launderers. U.S. authorities and diplomats routinely focus on kingpins such as “El Chapo” and his lieutenants, but never go after the rest of the circle.

21) The state of Tamaulipas, directly south of Texas, has two former governors currently indicted for their alleged roles in helping cartels. One remains in Mexico, while the other is in U.S. custody awaiting trial.

22) U.S. diplomats are negotiating and playing along with the same Mexican politicians that protect cartels, in the interest of trade and diplomacy.

23) Certain factions of drug cartels have crossed the line into terrorism and should classified as such. The designation would change the way the U.S. alienates them from banks, financial resources, and politicians. Other cartels would be forced to tone down their actions or risk similar consequences.

24) Worries of Middle Eastern terrorists crossing the southwestern border are at times mitigated by cartel members who are informants for U.S. agencies that enjoy handsome incentives to turn people in.

25) The more likely scenario for terrorism deals with people flying into Canada and then entering the U.S. with visas. Most people on the terror watch list who try to enter the U.S. across the southern border are Somalis or Kurds.

26) Certain organizations like Los Zetas and the Gulf Cartel present more of an imminent threat than foreign terrorists entering through the southern border.

27) Mexico’s ongoing cartel violence and drug war has led to more murders and disappearances than some international wars. Mexico has suffered more than 250,000 homicides and at least 30,000 disappearances since 2009.

28) Up to 70 percent of the women and girls from Central America who come through Mexico to the U.S. are sexually assaulted en route. Most women who leave Central America for the U.S. have the expectation of facing multiple abuses at the hands of cartel-connected human smugglers.