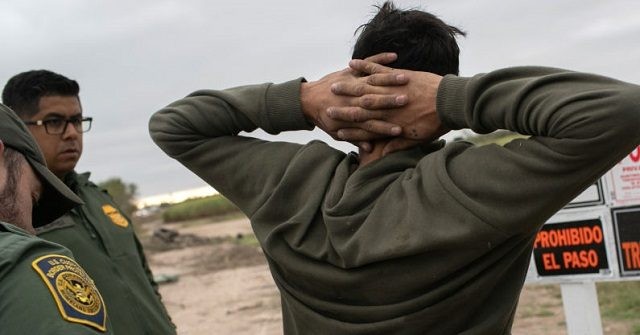 “Transnational criminal networks don’t do background checks on the people they help smuggle into the country,” said Chief Rodney Scott. “Our vigilance makes this country safer, one encounter at a time.”

Border Patrol officials report that all migrants apprehended after illegally crossing the border undergo a biometric background investigation that includes checking local, state, and federal law enforcement databases for warrants and previous convictions. In these cases below, the illegal aliens had previous convictions for sexual offenses — many against children.

During the month of May, US Border Patrol agents have encountered 23 convicted sex offenders. That is 23 dangerous criminals that did not make it to your community.

Here are some of the examples cited by Border Patrol officials:

Breitbart News reports extensively on previously deported sex offenders and other criminal aliens who are stopped by Border Patrol agents from successfully re-entering the United States.