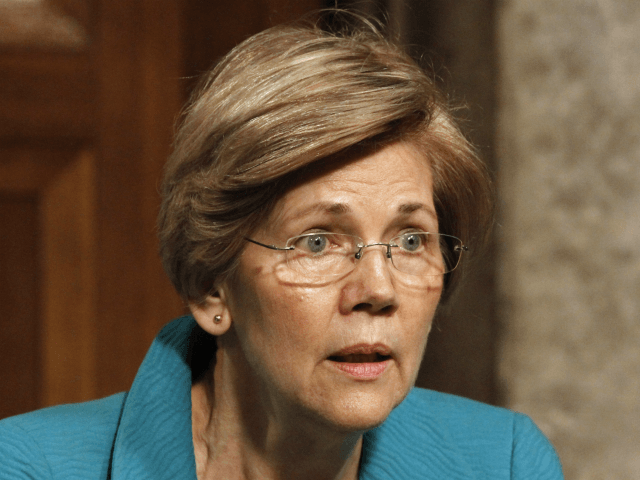 One of Sen. Elizabeth Warren’s (D-MA) top political advisers is reportedly expected to meet with Rep. Robert Francis “Beto” O’Rourke (D-TX) about a potential 2020 run days after the New York Times conceded that Warren angered her left-wing base with her DNA test and the pro-Warren Boston Globe suggested that she take a pass on a White House bid.

According to a Friday evening report in the Washington Post, Mindy Myers, “who was one of the primary architects of Warren’s political rise and has remained one of her close advisers,” has reportedly “been in talks with several rival campaigns” and is planning to meet with O’Rourke.

Myers was expected to have a top role in Warren’s potential presidential campaign, but it seems like even some of Warren’s most important advisers are seeing the writing on the wall about her 2020 chances.

This week, the New York Times conceded that Warren’s botched DNA test and subsequent bungled rollout angered left-wing activists and people of color who are so critical to the Democrats’ coalition. The Times revealed that Warren has “yet to allay criticism from grass-roots progressive groups, liberal political operatives and other potential 2020 allies who complain that she put too much emphasis on the controversial field of racial science” and played into President Donald Trump’s hands.

“Advisers close to Ms. Warren say she has privately expressed concern that she may have damaged her relationships to Native American groups and her own standing with progressive activists, particularly those who are racial minorities,” the Times further noted. “Several outside advisers are even more worried: They say they believe a plan should be made to repair that damage, possibly including a strong statement of apology.”

The Times also pointed out that left-wing groups believe Warren’s disastrous DNA stunt resulted because, like many other supposedly oh-so-woke white Democrats, she had an inner circle of advisers that looked like her and did not “reflect the racial diversity of the Democratic electorate.”

On Thursday, even the Boston Globe, the paper that had gone to painstaking lengths to be Warren’s top cheerleader while blocking and tackling for her by trying to advance the narrative that Warren never benefited from falsely claiming to Native American, suggested that Warren should sit out 2020.

“Warren missed her moment in 2016, and there’s reason to be skeptical of her prospective candidacy in 2020,” the Globe wrote in an editorial. “While Warren is an effective and impactful senator with an important voice nationally, she has become a divisive figure. A unifying voice is what the country needs now after the polarizing politics of Donald Trump.”

Though Warren is expected to formally enter the 2020 field in the coming months, the Post reports that “there remains a chance that she decides against it.”

“I don’t have any sense she’s made a final decision that she’s running,” a “Massachusetts Democrat close to” Warren told the outlet.