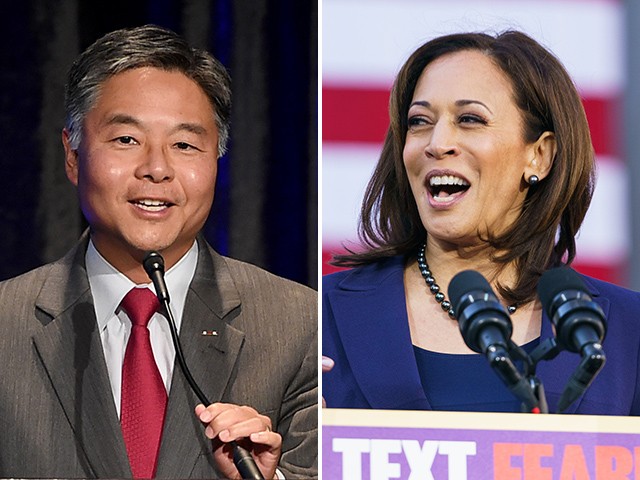 “I endorse @KamalaHarris for President,” Lieu wrote on Twitter. “Known Kamala for many years & worked together on various issues. She embraces the future, not the past, and is the person we need to move America forward.”

I endorse @KamalaHarris for President.

Known Kamala for many years & worked together on various issues. She embraces the future, not the past, and is the person we need to move America forward.

Kicking off her presidential run with a 20,000 person-strong rally in Oakland Sunday, Harris pledged to put issues such as “Medicare for All” and climate change at the forefront of her campaign. Although she did not mention President Donald Trump by name, the California senator accused his administration of “undermining our democratic institutions,” and in an apparent nod to those convinced that the president colluded with Russia during the 2016 election, claimed, “We have foreign powers infecting the White House like malware.”

She also took aim at the president’s immigration policies, referring to a proposal to build a U.S.-Mexico border wall “a medieval vanity project.”

Harris joins what is shaping up to be a crowded Democrat primary filed, which is likely to swell to double digits. A handful of Democrats, such as Sens. Elizabeth Warren (D-MA) and Kirsten Gillibrand (D-NY), have taken serious steps towards running for the White House, which include launching presidential exploratory committees or formal campaign launches. Less formable candidates like former Housing and Urban Development Secretary Julián Castro and Rep. Tulsi Gabbard (D-HI) have also thrown their hat into the race.

Former Vice President Joe Biden, Sens. Bernie Sanders (I-VT), and Cory Booker (D-NJ) are also expected to announce bids of their own in the coming weeks.