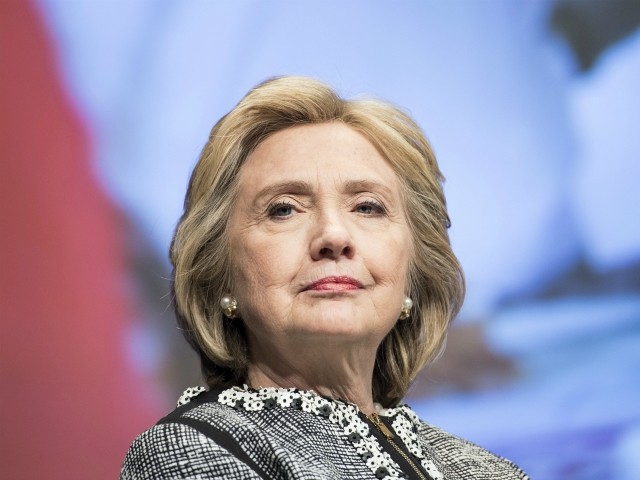 On Monday’s Hardball on MSNBC, Steve McMahon, a top Democratic strategist, said that “some people close to the Clintons and close to Hillary Clinton who look at the field and think if Joe Biden doesn’t run, it’s an awfully weak field and someone like Hillary Clinton could get back in.”

He added that some of these confidants are “whispering in her ear” that she might be able to win the nomination if Biden decides not to run.

CNN’s most recent national poll of potential 2020 Democratic contenders had Biden with a 20-point lead over Sen. Bernie Sanders (I-VT). Biden got 33% in the poll while Sanders received 13%. Sen. Kamala Harris (D-CA) was next with 9%, followed by Sen. Elizabeth Warren (D-MA) with 8% and Sen. Cory Booker (D-NJ) with 5%.

Biden said last week that he is not a presidential candidate “at this point” and indicated that he would make his decision after the midterm elections.

Some Democrats were frustrated last week that Clinton was again doing her party more harm than good after she gave two cringeworthy interviews that generated unfavorable headlines.

Clinton said last week that “civility can start again” when Democrats win back the House and/or Senate. She was also resoundingly ridiculed for telling CBS Sunday Morning that President Bill Clinton’s Oval Office affair with 22-year-old intern Monica Lewinsky was not an “abuse of power” because Ms. Lewinsky was an “adult.”