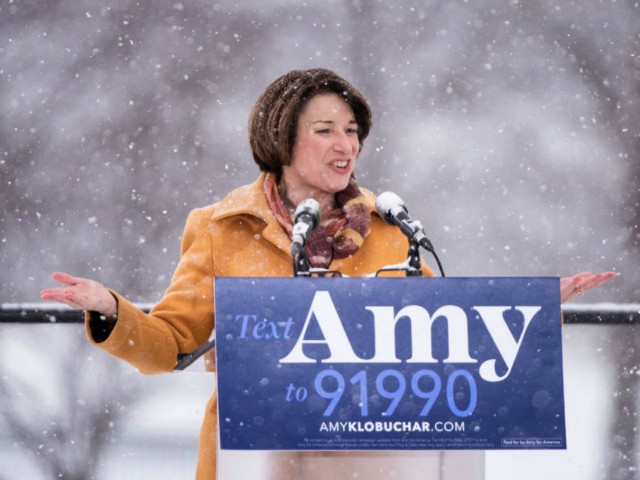 Minnesota Sen. Amy Klobuchar responded to President Donald Trump after he mocked her 2020 campaign rollout in a blizzard on Saturday.

Trump said her speech was “bad timing,” noting that “she looked like a Snowman(woman)” by the end of it.

“I wonder how your hair would fare in a blizzard?” Klobuchar asked Trump.

Trump also mocked the optics of Klobuchar’s campaigning–in the middle of a blizzard–to end global warming.

“Amy Klobuchar announced that she is running for President, talking proudly of fighting global warming while standing in a virtual blizzard of snow, ice and freezing temperatures,” Trump said.

Klobuchar said she relished the idea of debating the issue of climate change.

“Science is on my side,” she wrote:

Science is on my side, @realDonaldTrump. Looking forward to debating you about climate change (and many other issues). And I wonder how your hair would fare in a blizzard? ☃️