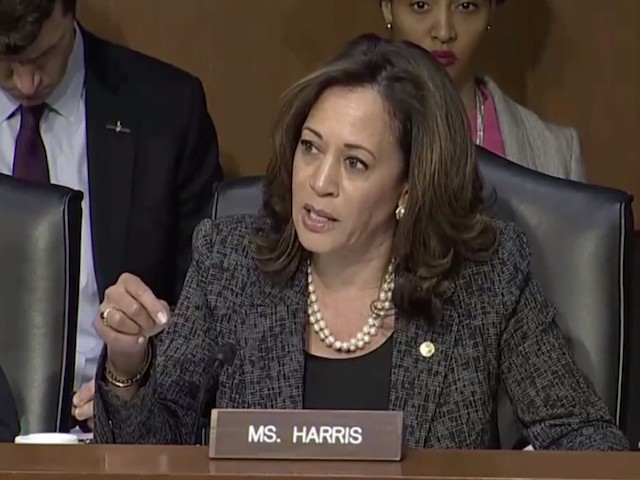 Atlantic part-owner Laurene Powell Jobs asked Harris at The Atlantic Festival in Washington, DC, what she would say to Trump about president’s comments at a Tuesday evening Mississippi rally in which he mocked Ford’s lack of recollection of specific details about the alleged incident in question.

“Stop being mean,” replied Harris, who sits on the Senate Judiciary Committee and questioned Kavanaugh and Ford.

‘I can’t understand it and I’m embarrassed that the President of the United States would do that to this woman.’ — @SenKamalaHarris  just fired back at President Trump for mocking Dr. Christine Blasey Ford’s testimony pic.twitter.com/4x6rYiNav1

After describing Ford’s “very poignant, moving moment” in which Ford said she remembered Kavanaugh’s and Judge’s laughter during the alleged sexual assault attempt, Harris blasted Trump for his complete lack of empathy.

“Now we have, last night, the president of the United States at a rally urging a crowd to laugh at her. I can’t think of anything more—inappropriate is not descriptive enough—it’s mean. It’s mean. It’s completely without any level of empathy,” Harris continued. “What was the purpose of saying that and doing that? I can’t understand it, and I’m embarrassed that the president of the United States would do that to this woman.”

The Atlantic noted that Harris “offered a preview” during the interview “of how she might respond to attacks from” Trump “if she runs against him in 2020: by appealing to Americans’ sense of compassion.”