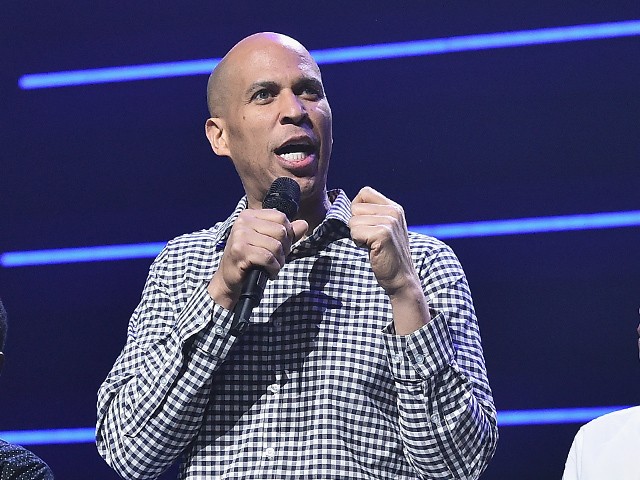 Sen. Cory Booker (D-NJ) officially announced his candidacy for President of the United States on Friday, joining what is expected to be a crowded Democrat primary field.

I’m running for president. Join me on this journey. https://t.co/fEDqOVIfwh pic.twitter.com/h1FTPUYRzo

“I believe that we can build a country where no one is forgotten, no one is left behind; where parents can put food on the table; where there are good-paying jobs with good benefits in every neighborhood; where our criminal justice system keeps us safe, instead of shuffling more children into cages and coffins; where we see the faces of our leaders on television and feel pride, not shame,” Booker said in his announcement video, with a veiled knock at President Donald Trump.

“It is not a matter of can we, it’s a matter of do we have the collective will, the American will?” he added. “I believe we do.”

Booker enters what is shaping up to be a crowded presidential primary, with three of his fellow Democrat senators — Elizabeth Warren of Massachusetts, Kamala Harris of California, and Kirsten Gillibrand of New York — already either declared or exploring a run. However, he has spent months telegraphing his intentions to join the race, visiting the early-voting states of Iowa, New Hampshire, and South Carolina to build connections with key powerbrokers.

Further, in his announcement video, Booker invoked the fight against slavery, while touting the importance of immigration.

“The history of our nation is defined by collective action; by interwoven destinies of slaves and abolitionists; of those born here and those who chose America as home; of those who took up arms to defend our country and those who linked arms to challenge and change it,” he said.

Born in the nation’s capital but raised in New Jersey, Booker made a name for himself as Newark mayor by personally shoveling the snow of residents. He has $4.1 million left in his campaign coffers that could also be used to assist his presidential run. Rather than opening an exploratory committee to test the waters, Booker took the direct step to open a campaign seeking the Democrat nomination.