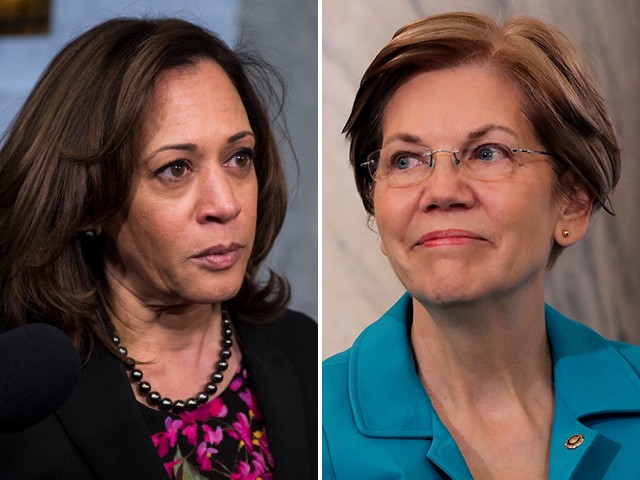 Sen. Claire McCaskill (D-MO) said in an interview with MSNBC Thursday morning that she is “not sure” whether fellow female Sens. Elizabeth Warren (D-MA) and Kamala Harris (D-CA) can win Missouri in 2020, suggesting the Democrat Party nominate an “inspirational” moderate instead.

JOE SCARBOROUGH: Let’s talk about 2020 for a moment. A lot of people talking about running in 2020. I’m just wondering, as someone that has been campaigning over the past decade in a state that Bill Clinton won, that Jimy Carter won, that used to be a swing state — Missouri — what type of Democrat needs to get nominated? Can, for instance, Bernie Sanders win in Missouri? Can Kamala Harris win in Missouri? Can Elizabeth Warren win in Missouri? Can they make it competitive?

SEN. CLAIRE MCCASKILL: I’m not sure about that. I do think that what as a party we need to do is make sure that we are nominating someone who is inspirational and who can convince the American people that they can make things change. And it’s very hard to make things change if you’re hanging out at the ends of the spectrum, if you are on opposite sides of the room and saying things that you know will never get 60 votes in the Senate. What I hope is there’s some authenticity with the candidate who will convince independent voters in my state and other states like mine that they have an equation where they can bring people together, where they can kind of repair some of the damage that has been done in terms of tribal polarization in this country. I think that’s what most Americans want right now and I think that will be the winning combination for president.