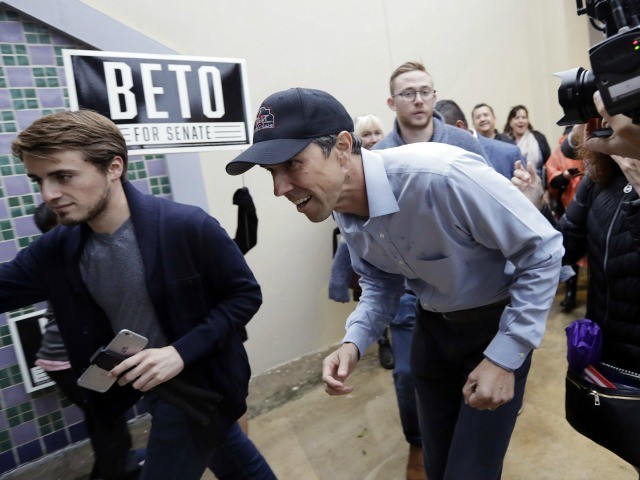 Rep. Robert Francis “Beto” O’Rourke (D-TX) does not even know if he is a “progressive Democrat.”

O’Rourke was reportedly asked after his first of two town hall events on Friday about why he joined the centrist New Democrat Coalition instead of the Congressional Progressive Caucus.

“I don’t know that it was much of a conscious decision,” the supposedly “authentic” and “real” politician claimed, according to Politico.

When reporters asked if he was a “progressive Democrat,” O’Rourke reportedly replied, “I don’t know.”

“I’m just, as you may have seen and heard over the course of the campaign, I’m not big on labels,” he continued. “I don’t get all fired up about party or classifying or defining people based on a label or a group. I’m for everyone.”

As his party shifts more to the left, with groups like the Justice Democrats clamoring to primary more moderate Democrats to add more members to Rep.-elect—and Democratic Socialist—Alexandria Ocasio-Cortez’s (D-NY) “posse” or “squad,” Politico noted that some of his “potential opponents are quietly taking stock, plotting lines of attack they believe could weaken the Texas congressman in a crowded primary field.”