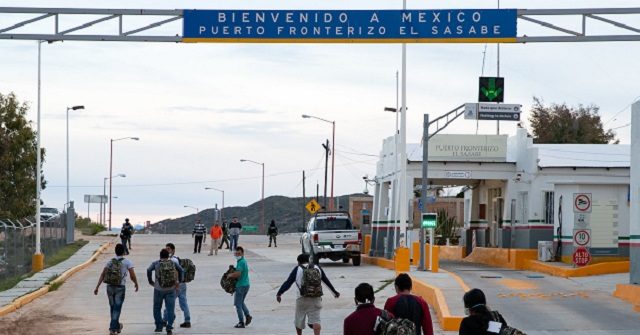 U.S. Border Patrol agents expelled more than 197,000 migrants to Mexico after they illegally crossed into the U.S. In addition, agents expelled another 328 to Canada under Coronavirus protection protocols. Another 9,412 were expelled to Mexico and Canada by U.S. Customs and Border Protection officers working ports of entry.

A report recently released by CBP shows a total of 197,371 migrants were expelled by Border Patrol agents to Mexico or Canada after they illegally entered the U.S. The expulsions occurred under the CDC Title 42 guidelines designed to prevent the spread of the Coronavirus into the U.S.

On March 21, 2020 the President, in accordance with Title 42 of the United States Code Section 265, determined that by reason of existence of COVID-19 in Mexico and Canada, there is a serious danger of the further introduction of COVID-19 into the United States; that prohibition on the introduction of persons or property, in whole or in part, from Mexico and Canada is required in the interest of public health. Under this order, CBP is prohibiting the entry of certain persons who potentially pose a health risk, either by virtue of being subject to previously announced travel restrictions or because they unlawfully entered the country to bypass health screening measures.

To help prevent the introduction of COVID-19 into border facilities and into the United States, persons subject to the order will not be held in congregate areas for processing and instead will immediately be expelled to their country of last transit. In the event a person cannot be returned to the country of last transit, CBP works with interagency partners to secure expulsion to the person’s country of origin and hold the person for the shortest time possible. This order does not apply to persons who should be excepted based on considerations of law enforcement, officer and public safety, humanitarian, or public health interests.

Expulsions under Title 42 are not based on immigration status and are tracked separately from immigration enforcement actions, such as apprehension or inadmissibility, that are regularly reported by CBP.

During last week’s Fiscal Year 2020 annual report discussion, CBP Acting Commissioner Mark Morgan told reporters, “The president’s support of the CDC public health order (Title 42) which directed CBP to remove illegal aliens we encounter in between our ports of entry immediately to further reduce the introduction of COVID-19 into our congregant settings.”

The commissioner said agents encounter migrants who travel through multiple countries to reach the U.S. and make illegal entry. He explained they are forced by the human smugglers to travel through COVID hot-spots and are packed into tractor-trailers and stash houses.

Under Title 42, “Today we are removing 90 percent of those we encounter in less than two hours,” Morgan stated. “It has saved countless American lives.”