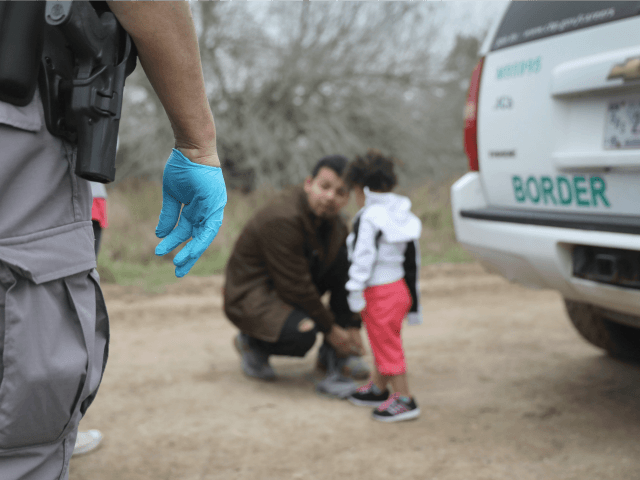 San Diego Sector Border Patrol agents found a two-year-old girl near Campo, California, without a parent. A 17-year-old unaccompanied male claims the mother asked him to carry the girl when she became tired.

Border Patrol agents assigned to the Campo Station came upon a group of migrants who illegally crossed the border on November 27. As they began interviews, some claimed to be part of the migrant caravan. The agents found a 17-year-old male with a two-year-old girl strapped to his chest. The young male said the girl’s mother asked for help carrying the child when she tired during the march to the border, according to U.S. Customs and Border Protection officials on Monday.

The boy, who is also an unaccompanied minor, claimed the little girl was with her mother the night before the border crossing. The minor boy said he volunteered to carry the girl while the mother rested.

At some point, the boy claimed he became separated from the girl’s mother and crossed without her. He also claimed he was unable to locate her before crossing. Border Patrol agents came upon the group and placed them in custody about two miles north of the Mexican border.

Border Patrol agents took custody of the toddler and transported her to a child facility. She will be held by U.S. Immigration and Customs Enforcement officials while a search for the mother continues. Officials stated their goal is reunification.

Officials did not disclose the disposition of the 17-year-old unaccompanied male or the nationality of any within the group.