Pop star Billie Eilish joined protesters in Los Angeles and took a knee in support of social justice in the wake of the death of Minneapolis man George Floyd.

The five-time Grammy-winner posted a video of her protest Thursday on her Instagram Story showing her kneeling with other Black Lives Matter protesters. Ellish is no stranger to loud pronouncements on social issues. Only days ago she attacked “white people” for saying “all lives matter.” 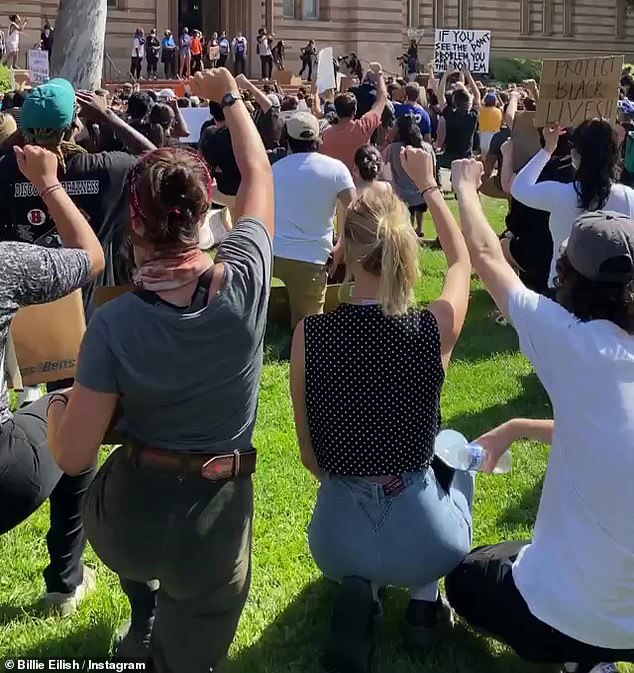 In another Instagram post, Eilish ranted about “white privilege,” and said all lives don’t matter if black people get killed “just for being black.”

The “Bad Guy” singer slammed those saying the phrase: “If I hear one more white person say ‘all lives matter’ one more fucking time, I’m going to lose my fucking mind. Will you shut the fuck up?” 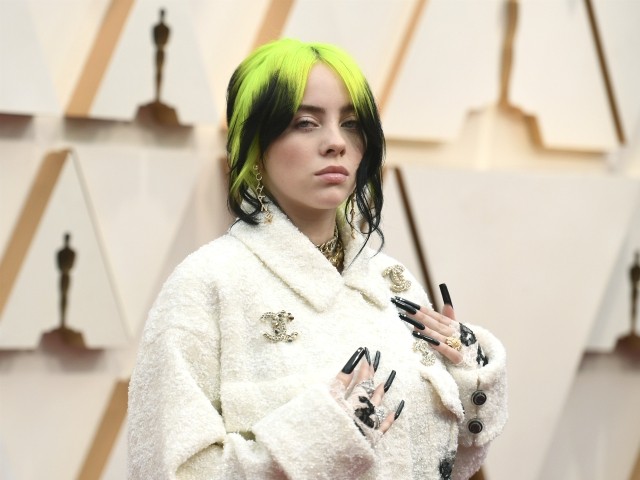 Billie Eilish arrives at the Oscars on Sunday, Feb. 9, 2020, at the Dolby Theatre in Los Angeles. (Richard Shotwell/Invision/AP)

Like many left-wing entertainer elites, Eilish has also been vocal about attacking President Trump and anyone who would vote for him. In December the singer exclaimed that Trump will win re-election “because some people just love horrible people.”

Ellish was not the only entertainer that took to the streets to protest over the last week.

According to the Daily Mail, Kanye West marched with protesters in Chicago after he launched a $2 million fund to help the families of George Floyd, Ahmaud Arbery, and Breonna Taylor.